Could the Kings ever get equal value for DeMarcus Cousins?

Fresh off yet another spat with head coach George Karl, Sacramento Kings big man DeMarcus Cousins is in the news for all the wrong reasons once again.

He was suspended one game for said altercation during a game against the Cleveland Cavaliers last week.

In true Cousins-like fashion, the All-Star has since blamed Karl for what transpired.

This is just the latest in a laundry list of incidents between the star big man and a coach in Karl that appears to be on his way out following the season.

NBA.Com’s David Aldridge is now reporting that there’s a strong chance Sacramento will look to move the 25-year-old center.

If that were to happen during the summer, could the Kings come close to receiving equal value for Cousins? Remember, this end result was bandied about a ton last summer as well.

Trading a player of Cousins’ ilk that hasn’t even hit the prime of his career rarely happens in the NBA. We are talking about a player that’s averaging 27.4 points, 11.5 rebounds and 3.3 assists this season. 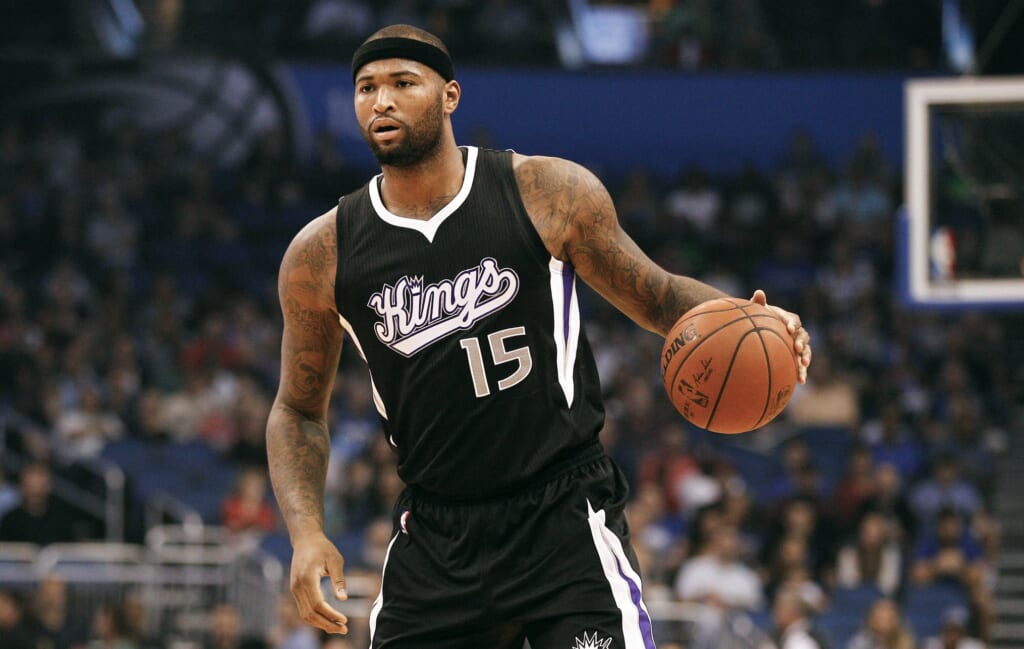 What would equal value look like? Would those teams with the assets to trade for Cousins be willing to pony up said value? These are the two biggest questions when determining whether Cousins himself will be traded.

After all, the brass in Sacramento isn’t going to trade Cousins for pennies on the dollar, even if he continues to be an embarrassment to the organization.

The first team to look at here would be the Boston Celtics for obvious reasons. They possess the Brooklyn Nets first-round pick (likely top three) in June’s draft. All said, Boston has SEVEN picks in the upcoming draft.

Considering Boston is closer to competing for a NBA title than drafting (with its own pick) in the lottery, it would have to move Brooklyn’s pick in any deal for Cousins. That would be the starting-off point.

From there, it’s safe to assume the Kings would demand another first-round pick as well as a couple young pieces. In this, both Jared Sullinger and Marcus Smart would make sense.

With Rajon Rondo set to become a free agent after upping his value a great deal this year, the Kings could definitely be in the market for a point guard.

Still, it’s not yet known whether two first-round picks with Sullinger and Smart as well as a cap filler would be enough for Sacramento to part with Cousins. We’d have to answer in the negative here. 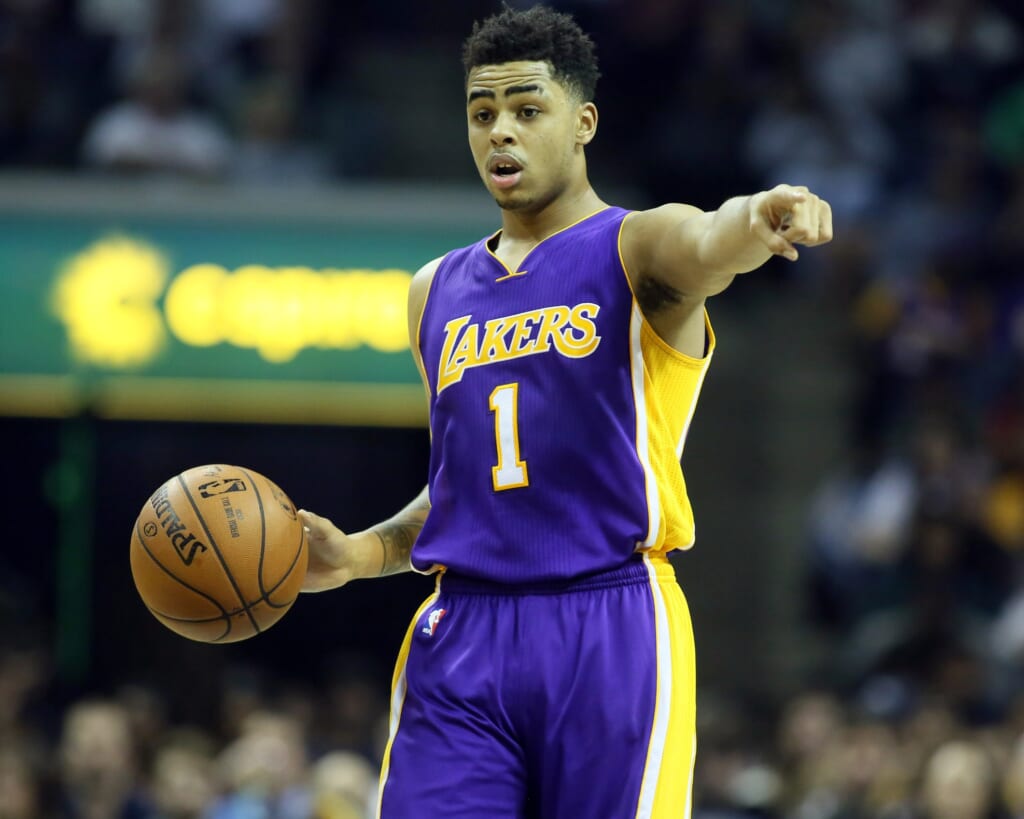 Outside of Boston, another team that could show interest in Cousins is the Los Angeles Lakers. The issue here is that their first-round pick is only top-three protected. If they pick outside of that area, the Philadelphia 76ers get their selection.

Without anyone of real substance on the roster outside of D’Angelo Russell, it would be hard for the Lakers to pull off a trade for Cousins. Even then, would the team be willing to give up the second overall pick from last year’s draft? I am not too sure of that.

This leads us to Philadelphia where the cellar-dwelling Sixers could potentially put together a solid package for Cousins.

This would likely include former top-10 pick Nerlens Noel as well as the team’s first-round pick in June’s draft.

With the worst record in the Association, Philadelphia stands a good chance of being able to pick up consensus top prospect Ben Simmons in the draft. Would it be willing to yield that in order to bring Cousins in? We can’t be too sure of this, especially with Philadelphia’s surplus of big men.

While Cousins’ value might be up there among the best players in the NBA, it’s all relative. Just as the Kings wouldn’t want to give up on his future production, other squads aren’t going to trade away potential All-Star players to bring him in.

At the very least, they are going to think twice about it.

We can go ahead and run through theories in relation to every team and the end result would be similar. 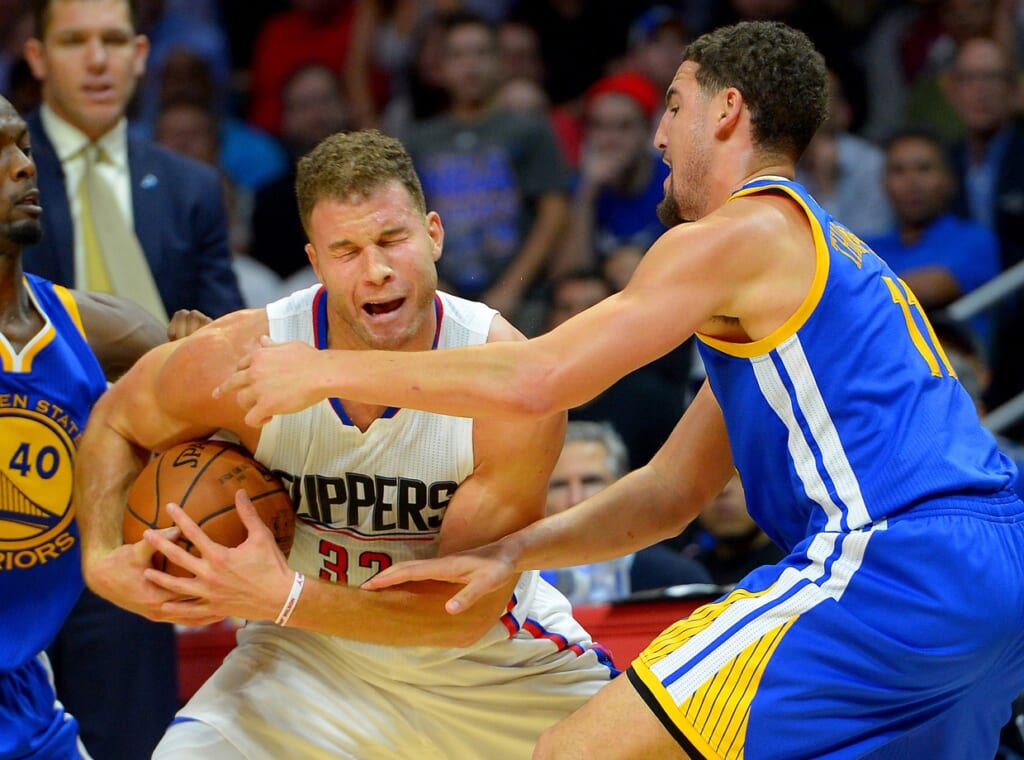 Would the Milwaukee Bucks move Jabari Parker? What about the Los Angeles Clippers trading away Blake Griffin for Cousins? Are these ideal scenarios for the Kings and their potential trade partner? Again, we aren’t too sure how that would play out.

Short of Sacramento potentially agreeing to take 75 cents on the dollar because it is fed up with Cousins’ antics, any potential deal would likely meet a very aggressive fork in the road. That’s why throwing out names and landing spots is futile right now.

As it is, Cousins remains on the Kings and is coached by a man in George Karl that he simply does not like. Such is the nature of the beast in one of the worst organizations in professional basketball.

And short of the Kings having the wool pulled over their eyes in any trade, Cousins will continue to be their problem.