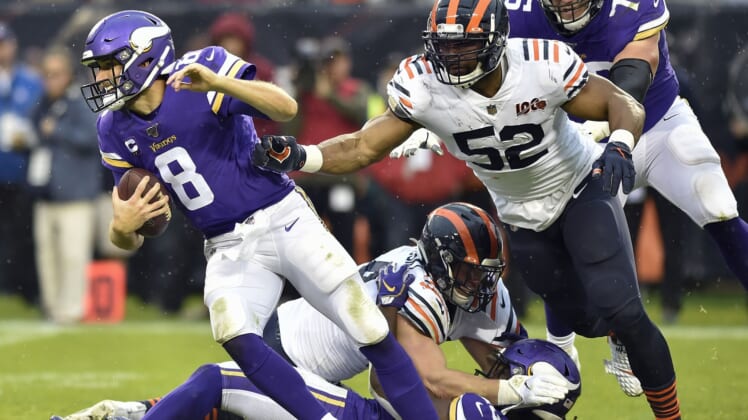 Khalil Mack and the Chicago Bears squeezed a putrid outing out of Kirk Cousins and the Minnesota Vikings Sunday, but the star defender isn’t overly excited about the big win.

Speaking to reporters after the game, Mack offered a disgusting, somewhat puzzling analogy concerning dog poop explaining why he’s not making too much out of the victory.

Sorting through that mess, it seems like what Mack is trying to say is that the Bears don’t want to peak too soon.

In the NFL, as it is in the real world, timing is everything.