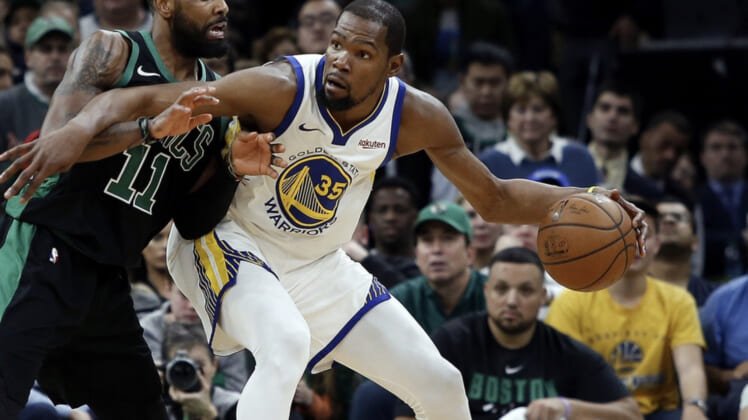 As his Golden State Warriors prepare for a fifth consecutive trip to the NBA Finals, star forward Kevin Durant has a decision to make.

It will come weeks after the Finals ends. Will Durant bolt Northern California for the bright lights of New York City or another city in free agency?

Rumors have suggested that this might be the case. But according to Durant’s business partner and manager Rich Kleiman, the two-time reigning NBA Finals MVP is 100% undecided on his future.

There’s been some question about whether the Warriors are actually better without Durant.

That’s been magnified since the star was sidelined to a calf injury in Game 5 of the Western Conference Semifinals. Golden State has won all five games without him with Stephen Curry averaging 35.8 points per outing.

Curry scored the most points in NBA history in a four-game sweep that culminated in a win over the Portland Trail Blazers Monday night.

Even then, the Warriors and Durant have pushed back big time against the idea that they are better without him.

It will certainly be interesting to see how free agency goes. Until then, Durant’s biggest concern has to be to come back healthy for Game 1 of the Finals on May 30.