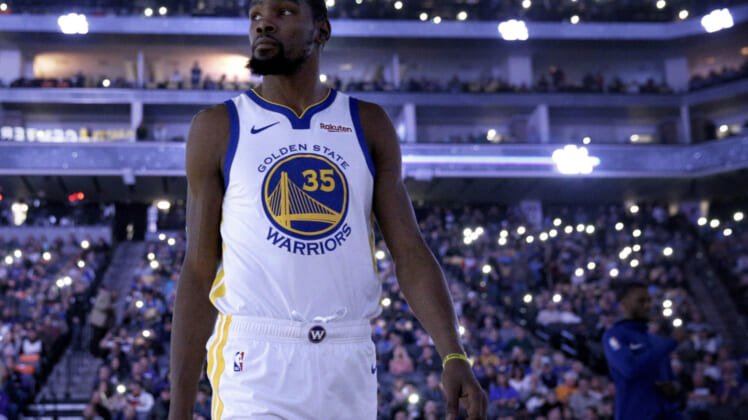 Kevin Durant is set to play for the first time since his calf injury caused him to miss nine straight games, and Toronto Raptors fans don’t seem happy about it.

The Golden State Warriors star forward walked onto the court for pre-game shootaround Monday night ahead of Game 5. As he became visible, Durant received a chorus of boos from the fans in Toronto.

If the Warriors are going to find a way to dig themselves out of their 3-1 hole in these NBA Finals, then Durant will have to step up in a big way. Without him in this series, Golden State has been unable to find enough consistent firepower, outside of Game 2.

With that in mind, it’s hardly surprising that Raptors fans aren’t happy to see him getting ready for Game 5. Especially after seeing this: