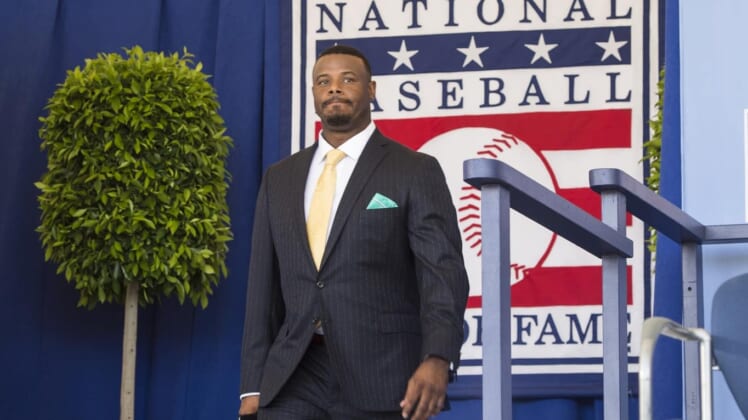 A statue of Ken Griffey Jr. outside of Safeco Field was damaged in October. Fortunately for Griffey, the Seattle Mariners, and baseball fans everywhere, the statue was repaired in time for the team’s opener against the Cleveland Indians.

“A vandal, who was later arrested, broke off the bat in October,” Brady Henderson of ESPN noted. “It was repaired last month in plenty of time for opening day. The 7-foot bronze statue was unveiled last April to honor the hall-of-fame center fielder.”

Henderson also tweeted out a picture of the repaired statue.

The Ken Griffey Jr. statue outside of Safeco Field is again whole. A vandal, who was later arrested, broke off the bat in October. It was repaired last month in plenty of time for opening day. The 7-foot bronze statue was… https://t.co/Ria3C2xVHl pic.twitter.com/mKRxAZX40A

Griffey was the first player in franchise history to be inducted to the Hall of Fame as a Mariner. He received 99.32 percent of Hall of Fame vote in 2016, breaking the longstanding record of pitcher Tom Seaver.

In his career, Griffey was a 13-time All-Star, with 10 of those coming as a Mariner. He won 10 Gold Gloves (all in Seattle) and earned the 1997 American League MVP with the team, as well.

Hopefully this is the one and only time that his well deserved statue is vandalized.