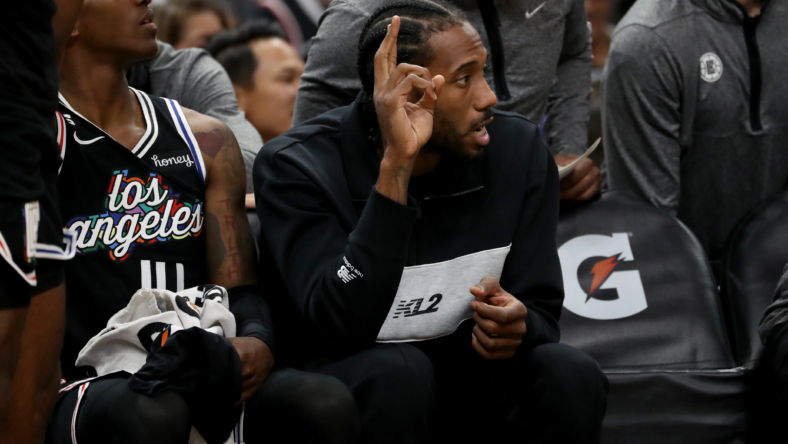 The Los Angeles Clippers’ season has followed a similar theme to that of their 2021-’22 run. Injuries, random lineups and a win percentage close to .500 have been the case for Los Angeles yet again. However, the team will be receiving a much-needed boost in the coming days.

According to ESPN’s Adrian Wojnarowski, superstar wing Kawhi Leonard will return to the lineup after dealing with knee stiffness. Sidelined since Los Angeles’ third game (112-95 loss to Suns), Leonard has been itching to play but has been denied the chance due to the cautiousness of the training staff.

The Clippers sit 2.5 games out of first and play their next four in the state of California. Kawhi’s return could help the team make some real separation between being a top seed and being in the middle of the pack.

Awaiting the 2019 Finals MVP’s official re-welcoming to basketball, here are three reasons why the Clippers are primed to make a run for higher seeding.

Los Angeles’ offense has been rough without Kawhi Leonard

Leonard, who’s averaged 25.8 points and 5 assists in Los Angeles, will save the team’s offense. The Clippers boast an offensive rating of 105.9, which is second-to-last ahead of their rival across the hall.

Behind leading scorer Paul George (24.4), the two next highest are Marcus Morris (15.0) and John Wall (13.0). Leonard’s scoring ability helps the team put up points and reduces pressure on George and overworked role players, allowing everyone to return to their intended duties.

The team’s guard play has dropped off with Wall and Reggie Jackson combining for a 42.9% from the field. Though, Norman Powell has stepped up after a horrid start and is posting 14.6 points per game off the bench in his last five games.

Leonard, who’ll likely see a minutes restriction from coach Ty Lue, will impact the offense immediately when he’s on the floor.

Outside his elite offensive production, Leonard hangs his hat on the defensive end of the court. The two-time NBA Defensive Player of the Year seeing consistent action allows coach Lue to suffocate opposing offenses, in turn making the offense less of a concern.

Los Angeles has the best defensive rating (107.4) in the league behind the Milwaukee Bucks (104.9), and hasn’t seen what their franchise face can truly bring to this edition of the Clippers.

The team rosters the likes of Robert Covington, Nico Batum, Terance Mann and Wall in addition to their stars to make opponents hate playing on the perimeter.

Leonard’s ability to stack steals and rebounds helps the team in the paint, also strengthening its poor scoring in the fast break — where they sit 18th in fast break points (13.5).

As the saying goes, “defense wins championships.” For an organization that has zero to its name, perhaps that figure changes with the return of no. 2.

After an ugly start to a hopeful Clippers season, George has put the team on his back. He’s averaged 27.3 points, 5.9 rebounds and 1.7 steals in Los Angeles’ last nine games — leading the way to a 6-3 record.

Not on the stat sheet, though, is George’s overall responsibilities. The veteran has to be the team’s primary ball handler every night, while also being asked to guard the opponent’s best offensive player.

Sure, he gets paid the big bucks to carry the load — but the trend gets even more tired after a season with no Leonard at all.

Fortunately for George, his partner-in-crime divides the responsibilities in half. The addition of Leonard forces defenses to worry about another elite scorer, also leading to the same treatment on the defensive end. Guys like Wall, Jackson and Morris see lesser roles, which helps entirely too.

Without Leonard, Los Angeles lost a year of its window of championship contention. The return of the Clippers’ best player returns the team to contention as well.