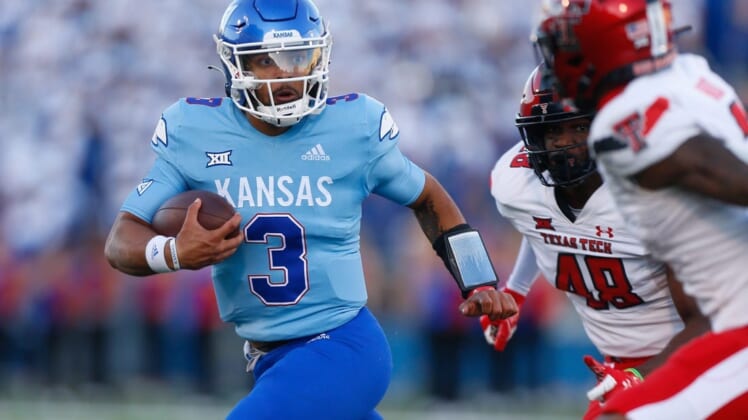 Kendrick transferred to New Mexico after playing parts of the past four seasons at Kansas.

In 17 career games (two starts), Kendrick has completed 61.1 percent of his passes and thrown for nine touchdowns and six interceptions. He added 105 rushing yards and one touchdown.

Kendrick missed 2019 due to injury. His 2021 season was also cut short in November when he suffered a lower-leg injury.

“I’m looking to take advantage of every single day. I’m not going to let any day go to waste leading up to Week 1, and that’s my mindset,” Kendrick told reporters. “I’m happy to be named the starter but the work and the expectations are out in front of me. I’m ready to take advantage for sure.”