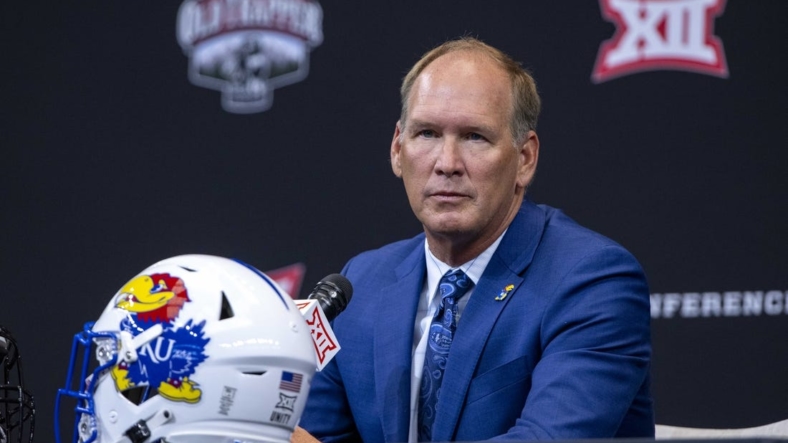 Kansas rewarded football coach Lance Leipold with a one-year extension that takes his contract through the 2027 season on Thursday.

Leipold left the same position at Buffalo and took over the Jayhawks in March 2021 after Kansas parted ways with Les Miles amid allegations that he behaved inappropriately with female students.

Kansas finished Leipold’s first season 2-10, highlighted by a 57-56 overtime victory over Texas for the Jayhawks’ first road win in the Big 12 since 2008.

“This is a statement about our exceptional confidence in Lance, his outstanding staff and the unlimited potential of Kansas Football,” athletic director Travis Goff said in a statement. “When you consider he and his staff did not arrive until May (2021), and therefore did not have a chance to coach our guys until August last year, the 2021 season could be considered ‘year zero.’

“Given the progress that’s been made both on and off the field in such short order, I could not feel more strongly about the trajectory of this program under Lance’s leadership, as well as our shared commitment to elevate Kansas Football to unprecedented heights.”