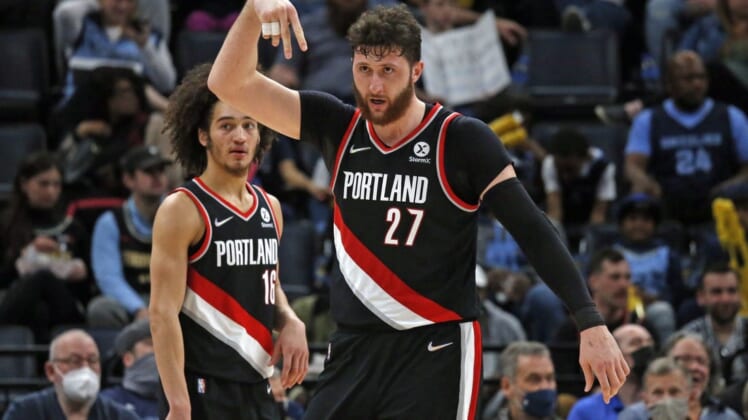 A 27-year-old from Bosnia, Nurkic is entering his ninth NBA season. Last season, he played 56 games for the Trail Blazers, sidelined part of the season with plantar fasciitis in his left foot, and averaged 15.0 points, 11.1 rebounds and 2.8 assists.

He played a combined 45 games over the previous two seasons because of various injuries, including a broken wrist.

Also on Friday, the Blazers signed rookie guard Shaedon Sharpe out of Kentucky. Sharpe was the seventh overall pick of the 2022 NBA Draft.