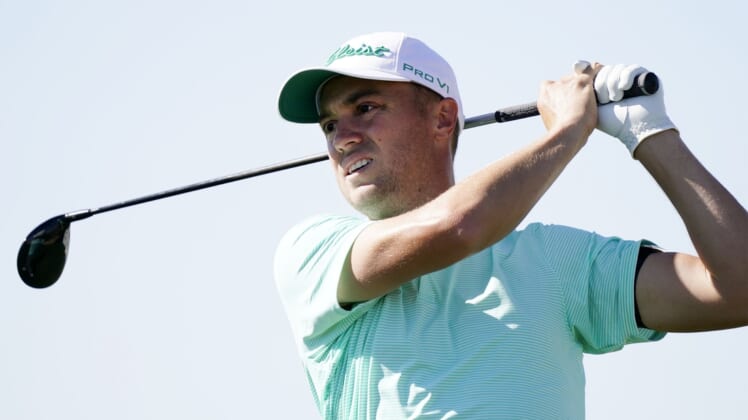 Justin Thomas knows he’s going to face the same questions at every event until he starts to regularly contend again.

“What’s your mental state now?” was the first one from the media during his Tuesday interview session ahead of The Players Championship this week.

Thomas’ year got off to a rough start when the television broadcast caught him uttering a homophobic slur during the Tournament of Champions. His grandfather also passed away during the Phoenix Open, and good friend Tiger Woods is recovering from serious leg injuries suffered in a car accident.

Thomas admits the distractions have impacted his golf game.

While he remains third in the official world golf rankings, Thomas has missed two cuts in his past four events. He is coming off a T15 at The Concession two weeks ago, but finished 10 shots behind winner Collin Morikawa.

“I have definitely been better,” Thomas admitted Tuesday when asked about his mental state. “But at the same time, it’s a good opportunity for me to try to grow and learn and get stronger because of it.

“I think it’s kind of put a lot of things into perspective, and unfortunately for my golf, it’s taken a toll on that a little bit.”

Thomas’ last win came at the WGC-FedEx St. Jude Invitational in August. He did finish fourth at the Masters and third at the TOC before the missed cuts in Abu Dhabi and at the Genesis Invitational, where he finished ahead of only two professionals in the field.

Thomas does not have a strong track record at TPC Sawgrass, which he said is in the best shape he’s ever seen it. He was being offered at +2000 on Tuesday by DraftKings, tied for the fifth-shortest odds behind Dustin Johnson (+1200), Bryson DeChambeau and Jon Rahm at +1500 and Rory McIlroy at +1600.

Thomas is staying at the same house this week along with good friends Rickie Fowler and Jordan Spieth that the three shared last year when the event was canceled after the first round amid the coronavirus pandemic. He said it was a “little emotional” returning after what has transpired over the past 12 months.

He’s excited to be back with the ability to play in front of more fans, even if it’s only 25 percent of the 200,000 that typically attend The Players.

“I haven’t been and I’m not playing as well as I’d like,” Thomas said. “But I’ve been working and kind of tweaking things here and there, just trying to figure out kind of what’s going on.

“You know, at the end of the day I’m like an iPod Nano; I just keep shuffling.”