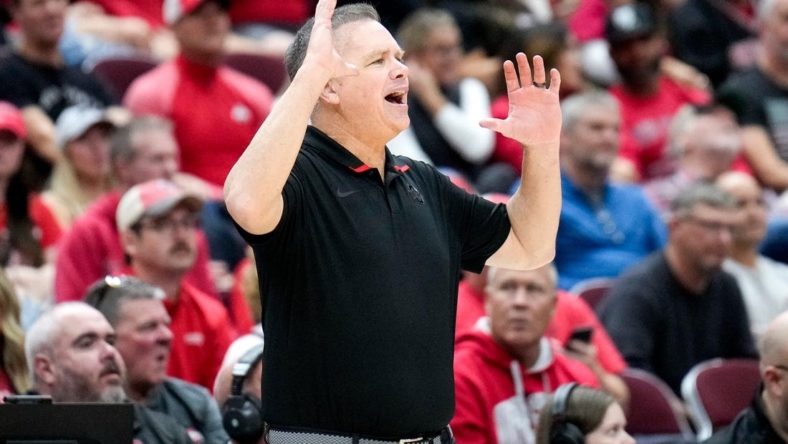 Justice Sueing scored 20 points in his first game in nearly a year as Ohio State routed visiting Robert Morris 91-53 in the season opener for both teams in Columbus, Ohio.

He last played on Nov. 12, 2021, missing all but two games last season because of an abdominal injury. He scored 12 points in those games and matched that number with 6 1/2 minutes left in the first half against the Colonials on his second 3-pointer.

Zed Key had 13 points, including the junior’s first two 3-pointers of his career, plus 10 rebounds for his third double-double while at Ohio State. Freshman Brice Sensabaugh had 12 of his 17 points in the second half for the Buckeyes, who outscored the Colonials 49-25 over the final 20 minutes.

Ohio State was 20-12 last season and lost in the second round of the NCAA Tournament. The Colonials look to improve on an 8-24 record last season.

Sueing led the hot-shooting Buckeyes to a 42-28 halftime lead with 12 points. Ohio State nailed 7 of 13 shots from 3-point range.

Robert Morris trailed 21-17 before Ohio State ran off 10 of the next 14 points for a 10-point lead. Twice the Colonials pulled to within eight, but Sensabaugh countered each time with a jumper.

The Buckeyes eventually extended the lead to 39-28 when another freshman, Bruce Thornton, connected on a 3 and West Virginia transfer Sean McNeil added a trey with 21 seconds left for the final points before the break.