All-time NFL great Junior Seau passed away at the age of 43 on May 2, 2012 from a self-inflicted gunshot wound to the chest. For those of us who remember watching the future Hall of Famer play the game of football and understood how he lived life off the field, this came as a tremendous shock.

Once it happened, there were obviously more questions than answers. And that’s where the story really got going. A study following Seau’s suicide concluded that he was suffering from chronic traumatic encephalopathy (CTE), a neurodegenerative disease that impacts the personality and mental health of those afflicted.

Seau’s relatives have now decided to opt out of a lawsuit settlement agreed to by the NFL and dozens former players that would provide unlimited payouts to those former players afflicted with brain injuries suffered during their careers.

Instead, they are going to move forward with a different lawsuit that the family filed against the NFL last year.

Steven Strauss, a partner in the firm Cooley LLP which represents the interests of the Seau family, had the following to say about the decision (via ESPN.com).

The family want to know why this settlement seems designed for expediency for the NFL and to ensure that information doesn’t come out.

And the Seau family wants the truth to come out. Since this litigation started, there hasn’t been one document produced, there hasn’t been one deposition taken. It seems very clearly designed to nip this in the bud and not have the truth come out, and that’s not acceptable to the Seau family, and it’s not acceptable to Junior’s legacy.

This is a huge blow for the National Football League, which is attempting to put this entire concussion scandal to rest before it hits the open court system. 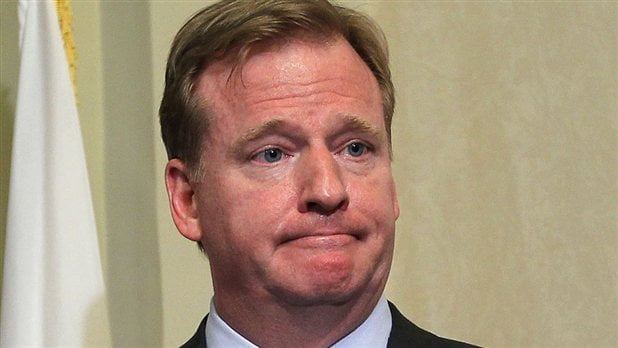 Courtesy of SI.com: This latest news may put Goodell and Co. under the eight ball.

The last thing Roger Goodell and Co. need is the airing of their dirty laundry on a public stage by those representing one of the most popular defensive players in the modern history of the league. It would raise more questions than answers and could very well paint the NFL in an even worse light.

For his part, Strauss hopes that the decision of Seau’s family to opt out of the settlement could act as a precursor for other former NFL players to do the same thing.

Ideally, our opt out may cause others to consider that, and, in the ideal world, would cause the league and the plaintiffs’ (lead attorneys) to perhaps re-examine the settlement so they come up with something that addresses the claims of all those in the (lawsuit) and not just the few.

This has been a major point of contention surrounding the settlement. Multiple former players have come out and indicated that they would not receive a penny under the current settlement. And Seau’s family seems to think that’s not acceptable. As the most-popular figure directly impacted by CTE’s role in post-football life, the late Chargers linebacker could very well help others receive the benefits they believe is deserved, even if it’s too late to help him.