The New Orleans Times-Picayune released a report on Saturday indicating that Saints linebacker Junior Galette was involved in a beach fight back in 2013 that involved multiple unknown people.

In that report, the Times-Picayune cited sources close to the situation in coming to the conclusion that Galette, in a white shirt and shorts, was the individual hitting a woman multiple times with a belt. 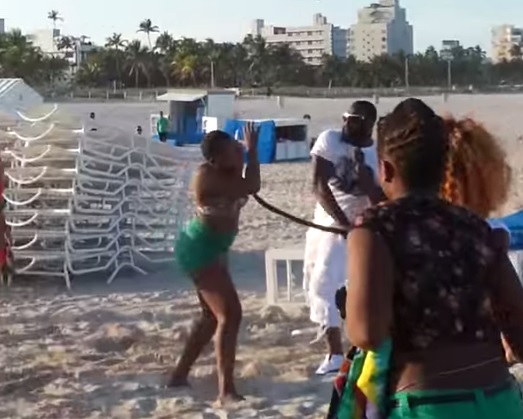 Check out the whole video here.

His lawyer, Ralph Whalen, is now disputing claims it was actually his client in the video:

Meanwhile, the Advocate’s Nick Underhill sent out an interesting tweet showing Galette hanging out with friends at location with a similar backdrop of the video in question.

The photo is from Galette’s Instagram account, and is time stamped the day prior to the aforementioned incident.

As it relates to the Saints, fearing a Ray Rice-like situation, they sent the video to the league office. In turn, the NFL released this statement:

“We were made aware of the video and we sent it to the league office,” Saints spokesman Greg Bensel said. “There is a process this will go through at the league-office level and we are waiting on that to be determined.”

As of Sunday afternoon, neither the NFL or the Saints have taken any action against Galette, but we are sure to hear more about the incident in the coming days. Regardless of charges being dropped against the linebacker, the league’s strict new personal conduct policy may come into play here.