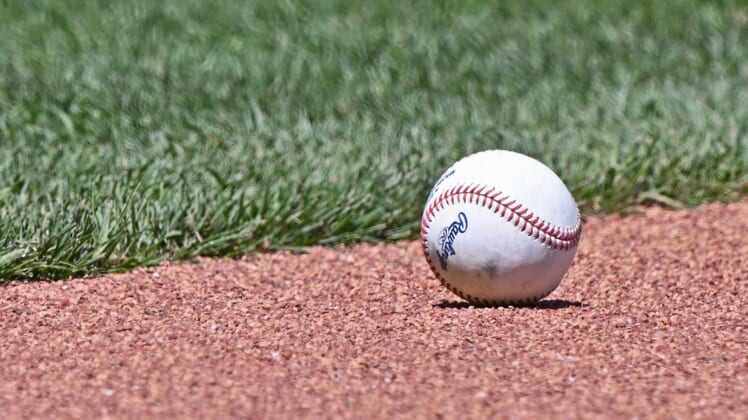 The North Texas Junior College Athletic Conference (NTJCAC) announced Thursday that a pitcher who tackled an opposing baserunner during a home run sequence this week was suspended for four games.

Weatherford College pitcher Owen Woodward is facing additional discipline from his school, which may include expulsion, according to multiple media reports.

Woodward attacked Josh Phillips of North Central Texas College as he rounded third based after hitting a home run. Phillips received a two-game suspension for taunting.

The tackle incited a scuffle between the teams. The game was suspended and eventually forfeited by both teams.

North Central Texas received the brunt of the discipline. The NTJCAC handed out two-game suspensions to “all team members for NCTC that were in the dugout or bullpen” and any assistant coaches who stepped onto the field.

“We are shocked and disappointed at what happened in our game today,” Weatherford coach Jeff Lightfoot said after the game. “We do not condone this type of behavior. We have worked hard to build a program with the highest of standards. We are completely embarrassed by this incident, and we apologize to North Central Texas College and the fans of WC baseball. This type of behavior cannot be tolerated.”