Josh Jacobs reportedly will be limited with groin injury at combine 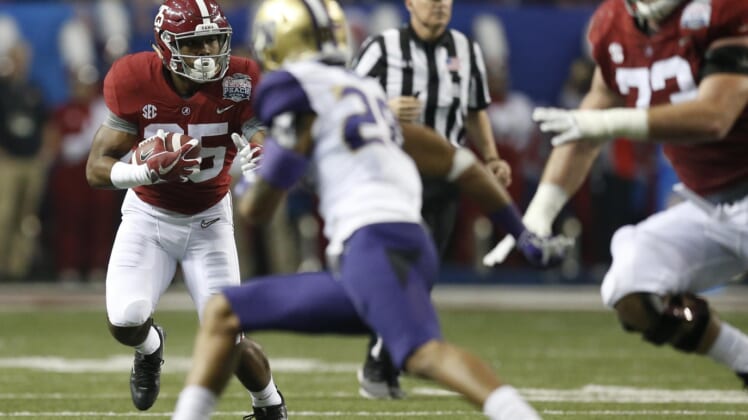 Josh Jacobs is seen by many NFL scouts as the top running back in the 2019 NFL Draft class. However, they’ll have to wait a while to see him perform field drills.

Due to a groin injury he’s going to be limited at the 2019 NFL Scouting Combine, Ian Rapoport shared on Monday.

#Bama RB Josh Jacobs, one of the most highly touted RBs in this coming draft, is dealing with a groin injury and will do limited work in Indy at the Combine, source says. Nothing major, but knocks him out of several drills.

Likely, this injury will limit Jacobs to doing the bench press and interviews, along with his medical, of course. That last part will be important for his stock, because if there is a more serious issue going on it could potentially knock him down a peg or two.

A lightly utilized back at Alabama, Jacobs touched the ball just 140 times last year and 299 times total in his three years with the Crimson Tide. However, rather than hurt him, that lack of wear and tear could potentially be a boon. He averaged 6.9 yards per touch and scored 21 touchdowns — 14 of which were scored last season.