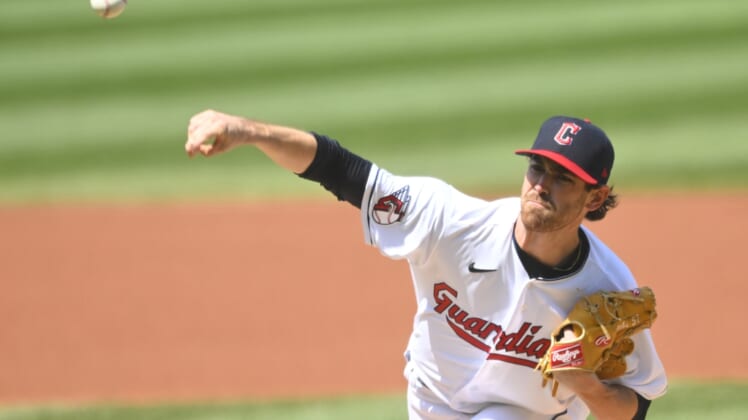 The host Cleveland Guardians used a nine-run second inning to pummel the Chicago White Sox 11-1 in Game 1 of a doubleheader on Wednesday.

The Guardians took advantage of four errors by the White Sox, three by shortstop Tim Anderson, to deliver Chicago’s worst loss of the young season. Cleveland sent 13 batters to the plate in the second and had eight consecutive hits.

Losing pitcher Dallas Keuchel (1-1) allowed 10 runs, eight earned, in his one inning of work. His earned run average ballooned from 5.40 to 16.50 after the start.

The Guardians scored nine consecutive runs in the second before an out was recorded. That hasn’t happened for Cleveland since Sept. 23, 1936, also against the White Sox but in the second game of a doubleheader, according to Bally Sports Ohio.

The big blow in the second was a grand slam by Jose Ramirez, who was named American League Player of the Week on Monday. It was his fourth homer of the season and second with the bases loaded. He leads the majors with 19 RBIs and has hit safely in 14 consecutive games, dating back to last year.

Ramirez’s 19 RBIs ties Manny Ramirez (no relation) in 1999 for the most in franchise history in Cleveland’s first 10 games.

The Guardians now have three grand slams in April, the first time that’s ever happened, according to Bally Sports Ohio.

Guardians right-hander Shane Bieber (1-0) was in total command against the White Sox, who came into the game having won six of their last eight games. Bieber allowed one run, four hits and no walks in seven innings. He struck out seven and threw 86 pitches (60 for strikes).

Anderson’s run-scoring double in the sixth inning drove in Adam Engel to avert a shutout, but Chicago was held to just five hits.

Guardians second baseman Gabriel Arias was 0-for-4 in his major league debut. The highly regarded prospect was brought up to the majors as the 29th man for the doubleheader.