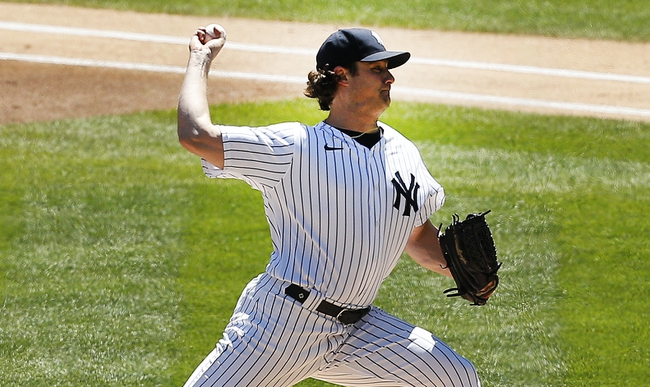 Jose Altuve celebrated his 31st birthday by hitting a go-ahead three-run homer with one out in the eighth inning, lifting the Houston Astros to a 7-4 victory over the New York Yankees Thursday afternoon at Yankee Stadium.

The Astros salvaged the finale of the emotionally-charged series thanks to Altuve, whose second hit of the day gave Houston a 5-3 lead.

The Astros had runners at first and third against Chad Green (0-3) when Altuve came up to another round of profane chants from the limited capacity crowd. After fouling off a fastball, the second baseman hammered a full-count fastball into the left-field seats.

It was Altuve’s second homer of the season and first since April 8 against Oakland.

Giancarlo Stanton homered for the second straight game in the third and Clint Frazier hit a two-run homer in the fourth but the Yankees saw their winning streak halted at five games and lost for the fourth time in 14 games since falling to 6-11 on April 21.

After Stanton homered off an advertisement in back of the Yankee bullpen beyond the center-field fence in the third, Frazier gave the Yankees a 3-1 lead by homering into the right field seats in the fourth.

Cole allowed two runs on five hits in seven innings in his first encounter with the Astros since leaving Houston as a free agent after the 2019 season. He struck out four, walked none, marking his fourth straight start without issuing a free pass.

Houston right-hander Lance McCullers Jr. allowed three runs on six hits in six innings. He struck out eight and walked four, including three in the opening inning when he escaped a bases-loaded jam.

Andre Scrubb (1-0) pitched a scoreless seventh and Ryan Pressly got a double play to end the eighth after allowing a base hit to Aaron Hicks. Pressly converted his fifth save by getting Stanton to hit into a game-ending double play that third baseman Alex Bregman made a diving stop on.