The Chicago White Sox are blessed to have found themselves a monster bat in Jose Abreu. It cost them $68 million over six years, so you can guess how relieved the front office is. Fresh off the disabled list, Abreu wasted no time roping baseballs in to the seats.

The latest victim of Abreu was Los Angeles Dodgers’ ace Clayton Kershaw. Abreu hit his 16th homer of the season in fourth inning of last night’s game, which puts him in a tie for third in all of baseball. Granted, Kershaw did not let Abreu’s blast rattle him, as he went eight strong innings, while striking out nine, earning the win.

The White Sox all of a sudden find themselves in second place in the American League Central, five games behind the Detroit Tigers. Can Abreu and fellow Cuban defectors Alexei Ramirez and Dayan Viciedo power the offense enough to keep within striking distance? Not likely.

However, it is nice to see production out of these players. Ramirez is having a career year, while Viciedo (who has flashed his power potential) has increased his batting average, on base percentage and slugging percentage. 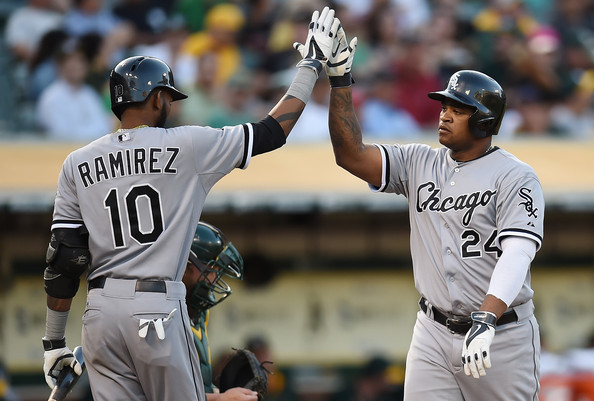 If the White Sox can land some pitching and develop some of their minor league talent over then next year or two, the AL Central may become more than a one team race.