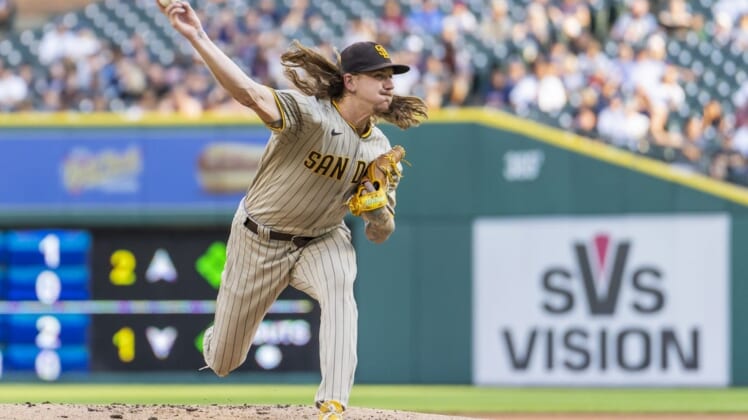 Jorge Alfaro drove in three runs, including a two-run single in the 10th inning, and the visiting San Diego Padres defeated the Detroit Tigers 6-4 on Tuesday.

Starter Mike Clevinger allowed two runs and six hits in seven innings. Taylor Rogers (1-4) picked up the win in relief despite giving up a ninth-inning run. Nick Martinez collected his fourth save.

Jeimer Candelario hit a two-run homer and drove in three runs, while Riley Greene had two hits, including a game-tying single in the ninth, for the Tigers. Starter Garrett Hill gave up three runs and five hits in five innings.

Pinch hitter Eric Haase struck out before Robbie Grossman walked in the bottom of the ninth. Greene then ripped a 0-2 offering for a single to score Willi Castro and tie the game at 3-3. Rogers recovered to strike out Javier Baez, forcing extra innings.

The Padres moved ahead in the 10th when Gregory Soto (2-5) hit Voit with a pitch with the bases loaded. Soto had hit Jake Croneworth with a pitch earlier in the inning before Machado reached on an error.

With two outs, Alfaro ripped a two-run single off Jason Foley to give San Diego a three-run advantage.

Candelario hit a two-out, run-scoring double in the bottom of the inning, but Castro flied out to end the game.

Hill got into trouble after retiring the first two batters in the third.

Machado and Nomar Mazara hit back-to-back singles before Voit drilled a double to deep center, bringing in both runners. After a walk to Eric Hosmer, Alfaro smacked a ground-rule double to center to make it 3-0.

Detroit cut it to 3-2 in the seventh. Miguel Cabrera led off with a double down the left field line before Candelario lined his 10th homer of the season just over the right field fence. It was also Candelario’s third homer in two games.