Johnny Manziel Gets Drunk and Rides a Swan

That is an actual headline. New Cleveland Browns quarterback Johnny Manziel decided to travel back to Texas for the X Games after missing out on throwing out the first pitch at the Cleveland Indians game on Thursday. The reason for his quick departure was simple. Manziel wanted to party at Club Rio in Austin, Texas. 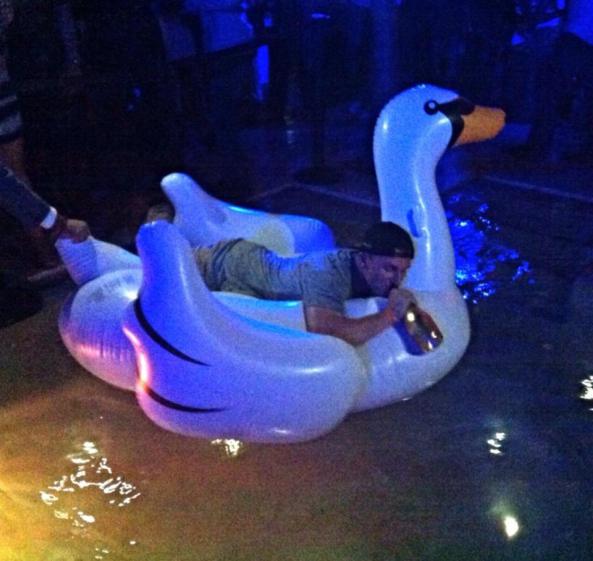 And boy did he party.

That appears to be a blow up duckie (now apparently it’s a swan) floating device Manziel is riding while drinking a bottled adult beverage. We were honestly waiting for Rob Gronkowski to cannonball into the pond here. Now that would have made for one awesome Vine.

Manziel is still aces in our minds. Let’s just hope he doesn’t take this nightlife scene to the next level.