If bought out, John Wall could interest Heat, Clippers in free agency 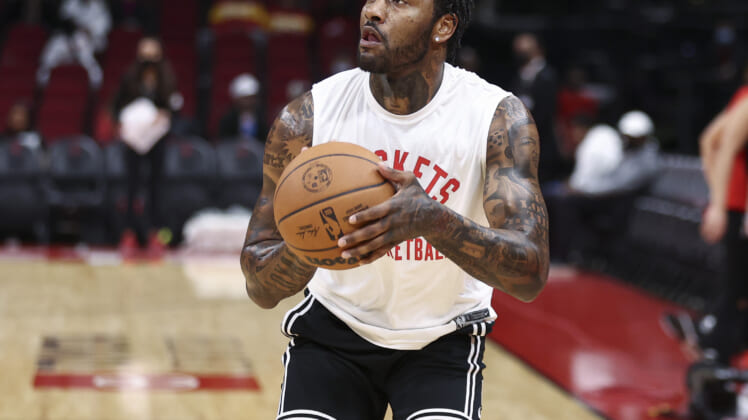 The 2021-22 NBA season was extremely strange for Houston Rockets point guard John Wall, as he sat out all 82 games the team played. He wasn’t hurt, the organization just preferred to embrace their youth movement, giving players a chance to show what they can do.

In most cases, a franchise would try and trade a player who doesn’t fit their roster, but not in this case. The reason is due to Wall’s contract, which teams have deemed to be too expensive for his production at this stage.

It’s a similar situation to Russell Westbrook with the Los Angeles Lakers, even if they wanted to trade him at the deadline, his $47M salary made matching salaries incredibly difficult. Only for the Rockets, they didn’t get any production out of Wall.

This was a mutual decision between the Rockets and their point guard, and there was a time when it appeared Wall was set to play a few games, before being unable to agree on his role on the floor. Wall reportedly wanted to start and play major minutes, while the Rockets didn’t have interest in taking either Jalen Green or Kevin Porter Jr. off the floor, which makes sense.

John Wall’s future is not in Houston, but it could be in Miami or LA

Heading into the 2022 offseason, Wall sticking around, rotting on the bench for another year in Houston seems unlikely. After playing just 40 games in the past three seasons, Wall’s trade value is at an all-time low.

On the bright side, the 31-year-old former Kentucky star is entering the final year of his contract. Yet, the team may even be willing to reach a buyout with Wall which would allow him to get back on the court, sooner than later.

If Wall is bought out, the Miami Heat and Los Angeles Clippers could get involved according to Jake Fischer of Bleacher Report.

The Clippers, who recently narrowly missed the playoffs after falling short in the play-in game, could use a backup point guard. This is something Marcus Morris recently spoke of following their elimination.

“I would say one of our biggest needs is a backup point guard,” Morris told reporters. “We played a lot of the season without one.”

The Heat have also been linked to Wall in the past, but taking on his salary has never made any sense. If he became available as an unrestricted free agent? That’s an entirely different situation, in which Wall could thrive off the bench for the Eastern Conference standouts. Even though we didn’t see Wall at all this past season, 2022 could be a new chapter for the No. 1 overall pick from 2010.