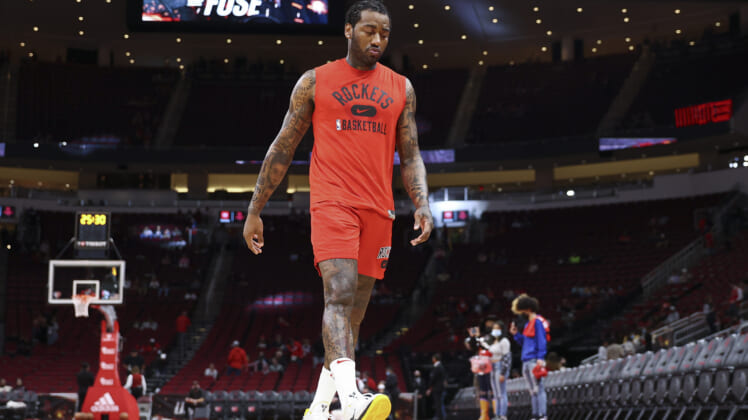 Well that was fun while it lasted. Last week, it was reported John Wall and the Houston Rockets were working toward a verbal agreement for the star point guard to return to the court. Not so much anymore.

After being traded to the Rockets and making it through 40 starts in 2020, the five-time NBA All-Star hasn’t played a minute this season. He’s not hurt, he simply wants to play for a different team, perhaps even for a winner. Whereas the 4-16 last-place Rockets are in full-blown tank mode and do not want to potentially harm the development of their young core.

Now, Shams Charania of The Athletic is reporting Wall won’t be hitting the courts in Houston any time soon.

Wall, reportedly wants to step back into his starting point guard role. The Rockets aren’t having it. They want Wall to act as a complementary piece and come off the bench to support their developing players. Currently, Kevin Porter Jr. is starting at the point, with No. 2 overall pick Jalen Green starting at shooting guard for the Rockets. 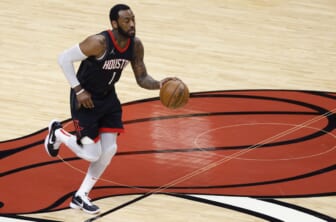 It makes sense they wouldn’t want to bench either player, they’re both 21 and under and would benefit greatly from expanded playing time. It’s more surprising that Wall envisions returning right back to the starting lineup after sitting out a quarter of the season.

So, the cat-and-mouse game continues between the Rockets and the former Kentucky star.

Will a team eventually be enamored with the idea of trading for Wall? Could he become more motivated to consider a buyout as the playoffs near? We’ll have to wait and see, but for now, the Rockets and Wall remain committed to working toward a solution that makes everyone happy.