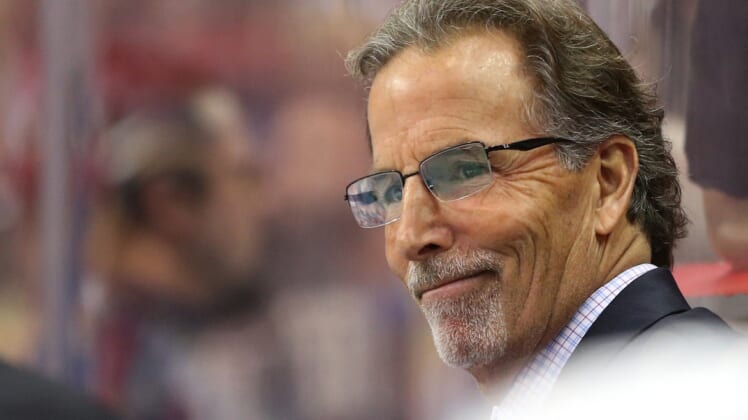 Columbia Blue Jackets head coach John Tortorella was at the podium for his press conference Monday when a phone rang.

The phone belonged to one of the reporters attending the coach’s presser. He was recording the session via his cell phone when his mother called, and Tortorella answered.

The rest, which is hilarious, you have to see for yourself.

John Tortorella answered a reporter's phone and talked to his mother during his presser today. ? pic.twitter.com/T1T2JoiYaT

Tortorella was a great sport about it all. However, he didn’t hesitate to take a tongue-in-cheek shot at the media saying he’d rather talk to “Mrs. Reed” than the reporters in the room.