John Lynch: 49ers will commemorate Dwight Clark on uniforms in 2018 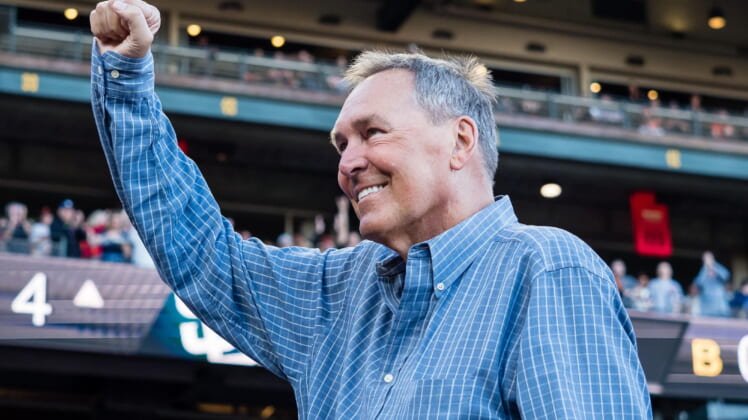 San Francisco 49ers legend Dwight Clark passed away on Monday, which left a tremendous sense of loss within the NFL community as a whole and certainly within the 49ers organization.

Known by even most casual NFL fans for hauling in the pass from Joe Montana during the NFC Championship Game following the 1981 season that famously is now called “The Catch,” Clark is permanently etched in 49ers lore as one of the franchise’s all-time greats.

As such, it’s only fitting that the 49ers commemorate Clark this coming season. Speaking to reporters on Tuesday, general manager John Lynch made it clear that the franchise will do just that.

John Lynch said the #49ers would come up with some way to commemorate Dwight Clark on their uniforms this year. Lynch: "… He deserves it. He earned it. I talked about how beloved he was with this fast base. He earned that. We'll do the right thing and be happy to do so."

Dwight Clark’s No. 87 jersey is already retired, and now it appears we’ll see No. 87 emblazoned on San Francisco’s jerseys throughout the 2018 season. It’s a fitting honor for a man who brought so much joy to so many people, both on and off the field.