Joe Thornton to return to Toronto Maple Leafs on Monday 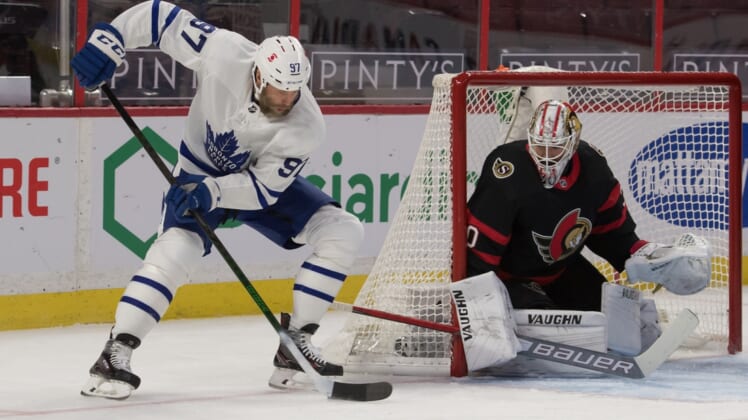 Joe Thornton said he expects to play on Monday when the Toronto Maple Leafs face the Ottawa Senators after missing 10 games with a broken rib.

“(The injury) was unfortunate, but I feel really good now and I can’t wait to play tomorrow,” Thornton said Sunday. “I’ve got the proper pads and I’ve been taking some light hits and some big hits and medium hits. Right now, I feel really good. I have no restrictions.”

The 41-year-old Thornton is in his first season with the Maple Leafs, signing a one-year deal after 15 seasons with the San Jose Sharks. He played his first seven-plus seasons in the NHL with the Boston Bruins, who selected him with the No. 1 overall pick in 1997.

Thornton returned to practice on Sunday for the first time since sustaining the injury in a 3-1 loss to the Edmonton Oilers on Jan. 20. In five games this season, he has two points (one goal, one assist) while playing primarily on a line with Auston Matthews and Mitchell Marner.

His teammates are looking forward to his return.

“I think it’ll be a big boost, especially with the vibe in the room and team morale,” Maple Leafs defenseman Morgan Rielly said. “He just brings a lot. He’s a great player. Obviously, his career speaks for itself and I think he has great leadership and we’re looking forward to having him back.”