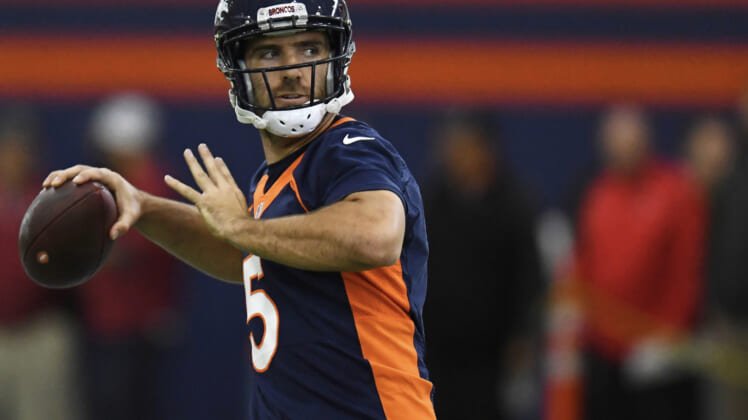 Denver Broncos quarterback Joe Flacco did not hold back his criticism of the way his team is being coached after losing to the Indianapolis Colts on Sunday.

Without naming names, Flacco ripped into the conservative coaching philosophy being employed by rookie head coach Vic Fangio, who opted to punt the ball away with 1:48 left on the clock in the fourth quarter from Indianapolis’ 43-yard line.

Seven plays later, the Colts won the game on a 51-yard field goal by Adam Vinatieri.

Here’s Flacco’s full quote on the lack of aggressiveness, courtesy of Ryan Koenigsberg:

Really, there is nothing but truth being spoken here. The Broncos had absolutely nothing to gain and everything to lose by punting in enemy territory with under two minutes in this game.

Fangio is as old-school a coach as you’ll see in the NFL. His philosophy clearly is rubbing Flacco the wrong way, and it’s hard to imagine the rest of the locker room would disagree with the quarterback here.