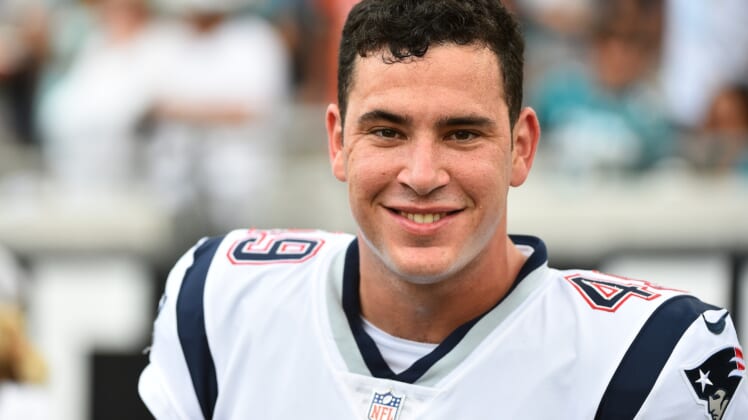 Thursday was special for New England Patriots long snapper Joe Cardona. Cardona, a graduate of the U.S. Naval Academy, was promoted to Lieutenant.

He was promoted at an event held at Gillette Stadium. Afterwards, coach Bill Belichick, who was raised in Annapolis as his father coached at the Naval Academy, honored Cardona, as well as the 75th anniversary of D-Day, as well.

“Congratulations to Lieutenant Joe Cardona on his promotion,” Belichick said, per CBS Boston. “And obviously a day to remember our World War II veterans on D-Day. The 75th anniversary, that’s kind of a big one for us. I want to recognize all the things that they did.”

Cardona has obviously honored his commitment to the Navy. Additionally, while his NFL availability was a concern at one point, Cardona has never missed a game.

Tom Brady was also praised Cardona, noting that the ceremony was emotional to see.

“As proud as you are of winning a Super Bowl ring, to advance in that part of his career is pretty amazing. To do both is really a great thing for him personally. It was nice to be able to celebrate and congratulate with him.”

Cardona was drafted by the Patriots in 2015 with the 166th pick of the draft. Only one long snapper (Ryan Pontbriand) has ever been selected earlier.