Joe Buck leaving Fox for ESPN, according to his wife 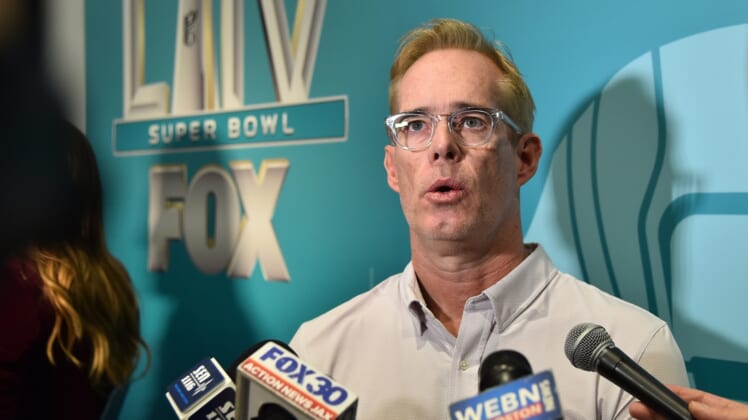 Reports were circulating that Buck was closing in on a deal to become ESPN’s Monday Night Football broadcaster and Beisner-Buck, of course, had insider knowledge as she shared the news. Buck will rejoin his long-time Fox partner Troy Aikman at ESPN.

“Ohhhhhh Emmmmmm Geeeeee!!! Welcome to the @espnnfl Fam, Fam!!!!!!! I love you so much (Joe Buck) — Insanely proud and excited that you and (Troy Aikman) are going to be the new voices of Monday Night Football!!!!” Beisner-Buck wrote.

“… This is going to be life-changing for our family. Forever grateful to (Fox Sports) and the almost 30 years Joe spent there. Change is hard, but change is good. This change is also historic. There is no one better than Joe and Troy calling NFL games, and I am so thrilled that they get to continue doing what they do best, TOGETHER.”

Buck, who turns 53 in April, has been Fox’s No. 1 NFL play-by-play announcer since 2002 and has called six Super Bowls. He also has been a staple on the network’s baseball coverage and has called 24 World Series.

The New York Post reported Buck was in line to receive a five-year deal between $60 million and $75 million.

The Post reported that Aikman received a five-year, $92.5 million contract to make the jump to ESPN. The deal with the Hall of Fame quarterback hasn’t been formally announced.

Buck started with Fox in 1994. At age 25, he became the youngest full-time play-by-play announced on NFL games. He has teamed up with Aikman since 2002.