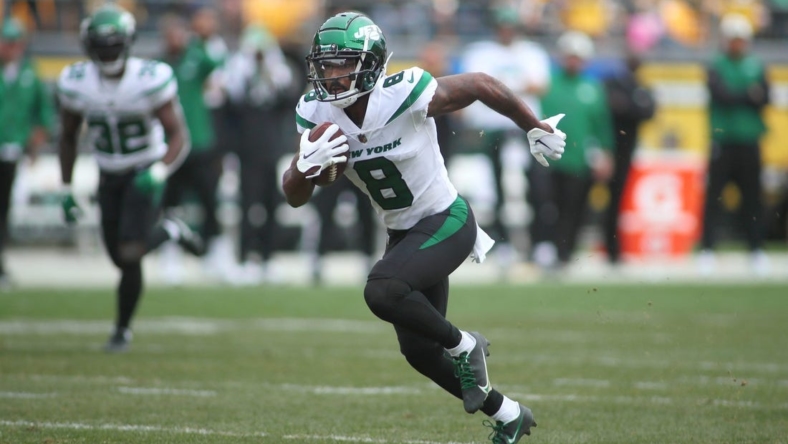 Saleh also announced that wide receiver Corey Davis would not participate in practice Friday and will sit out Sunday’s contest. Davis is nursing a knee injury sustained during the first half of the Jets’ 16-9 victory over the Denver Broncos last week.

Moore did not travel to Denver and was inactive for that game. His absence came as a result of the second-year wideout being sent home following a reported heated exchange with offensive coordinator Mike LaFleur and subsequent trade request.

Moore, 22, has just 16 catches for 203 yards without a touchdown this season, including four receptions over the past three games that he has played.

He had 43 catches for 538 yards and five touchdowns in just 11 games last season after being selected in the second round of the 2021 NFL Draft.

Davis, 27, has 19 receptions for a team-leading 351 yards and two touchdowns in seven games this season.

He has 260 catches for 3,694 yards and 17 touchdowns in 72 career games with the Tennessee Titans and Jets. He was selected by the Titans with the fifth overall pick of the 2017 NFL Draft.