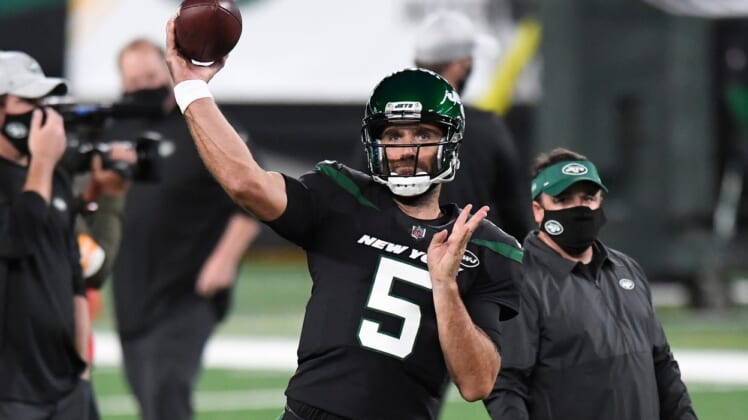 It now looks like the Jets won’t have their young quarterback on the field Week 5 against a superior Arizona Cardinals team. Sam Darnold, who has struggled a great deal thus far this season, suffered an AC sprain in his non-throwing shoulder last week. He’s expected to miss this game.

Flacco, 35, has not started a game since he was a member of the Denver Broncos at about the midway point of the 2019 season. The former Super Bowl MVP signed with the Jets this past offseason to back up Darnold.

As for the Jets as a whole, this season has been an utter disaster. Prior to suffering said injury, Darnold had thrown three touchdowns compared to four interceptions. The primary issue here has been a lack of skill-position talent around him and a head coach in Adam Gase who appears to be in over his head.

Is Adam Gase on the hot seat?

A lot has been made in New Jersey about Darnold’s regression under this head coach in the quarterback’s third season. Fresh off the Houston Texans firing head coach Bill O’Brien, there’s been renewed calls for the Jets to move on from Gase. Thus far, the team’s hierarchy has pushed back against that.

Set to take on the Cardinals this coming Sunday, there’s a chance that Gase is now going to rely on Flacco to save his job.

The former Baltimore Ravens and Denver Broncos signal caller threw for 1,822 yards with six touchdowns and five interceptions in eight starts with the Broncos a season ago.