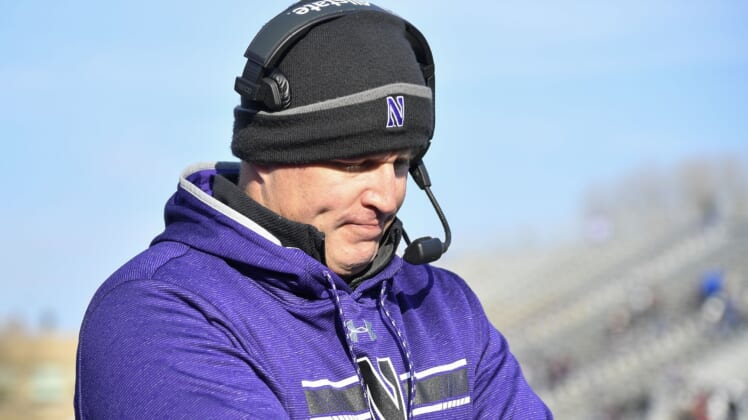 Jets rumors: The New York Jets have stuck by head coach Adam Gase far longer than anyone expected, but it’s only a matter of time before he is fired. While a coaching search hasn’t even begun, candidates to become the next head coach are already emerging.

Heading into Week 14, the Jets are 0-12 and remain “ahead” in the race for the No. 1 overall pick. Whenever Gase is fired, with the decision likely to come after the regular season ends, the search will be on for the presumptive coach of Trevor Lawrence.

Mike Florio of ProFootballTalk.com reported on comments made by Bill Cowher’s fellow CBS NFL analyst Boomer Esiason, who suggested the longtime Pittsburgh Steelers coach could be itching to get back to roaming the sidelines.

“[Cowher] was showing me and Nate [Burleson] film of him coaching on the sideline where he was mic’ed up, and we looked at each other like, ‘Hmm, what does that mean? Is he sending a message?’ I’ve worked with him for 14 years and I’ve never seen that.

[…] He’s the one that told me the Jets job is going to be really attractive, and they could hire whomever they want, and he told me he loves [G.M.] Joe Douglas.”

Cowher has been out of coaching since leaving his post in Pittsburgh after the 2006 season, but if there were ever a time to get back in there, well, he could do worse.

As mentioned at the top, provided the Jets continue their current streak of futility, they’ll be positioned to pick Clemson quarterback Trevor Lawrence first overall in the 2021 NFL draft. That’s a huge piece of the puzzle when trying to build a sustainable contender in pro football.

If Cowher does in fact like New York general manager Joe Douglas, that’s key, too, for the front office and coach to be on the same page. Lawrence can go a long way in elevating the players around him, provided he lives up to the hype, and that’d free up Cowher to focus his expertise on the defensive side of the ball. The bar is pretty low to improve upon the efforts of fired coordinator Gregg Williams.

This Jets franchise really needs some juice, and as long as their current tank job continues, they’ll get it with Lawrence. But almost equally important is who the new coach is. They could do worse than hiring an ex-Steelers boss who held his job for 15 years and won a Super Bowl.

While Gase is still employed by the Jets, it hasn’t stopped rumors from circulating regarding his replacement. When the Jets launch their coaching search, at least one of their preferred candidates could come from the collegiate ranks.

Sports Illustrated’s Albert Breer indicated it wouldn’t be surprising if the Jets made a push for Pat Fitzgerald this offseason. With general manager Joe Douglas having ties to the Northwestern head coach, the fit makes even more sense.

Since becoming Northwestern’s football coach in 2006, Fitzgerald has built a respected program. While the team is one of the smaller programs in the Big Ten conference, it has enjoyed impressive success in recent years.

Under Fitzgerald’s direction, the Wildcats have a 104-79 record and made it to nine bowl games since 2008. After winning just three games in 2019, Northwestern is 5-0 this season and will have a great shot at facing Ohio State in the Big Ten Championship Game.

This won’t be the first time Fitzgerald is coveted by an NFL team. He has been a popular coaching candidate for years, receiving interview requests after every college football season.

Unfortunately for the Jets, they will likely receive the same answer other organizations have. For as much respect as Fitzgerald holds for the NFL, making the jump to the pro level and leaving Northwestern hasn’t been atop his wish list.

Fitzgerald received interest from the Green Bay Packers after they fired Mike McCarthy. While team president Mark Murphy, Northwestern’s athletic director from 2003-’07, led the search, it wasn’t enough to convince Fitzgerald to leave.

If Fitzgerald is going to leave Northwestern, it’s widely believed that it would most likely be for the Chicago Bears. It would allow his family to avoid moving, which is reportedly very important to him.

Even if the Jets don’t land Fitzgerald, there will be plenty of top candidates interested in becoming head coach of a team that could have the No. 1 overall pick and is loaded with additional 2021 NFL Draft picks.