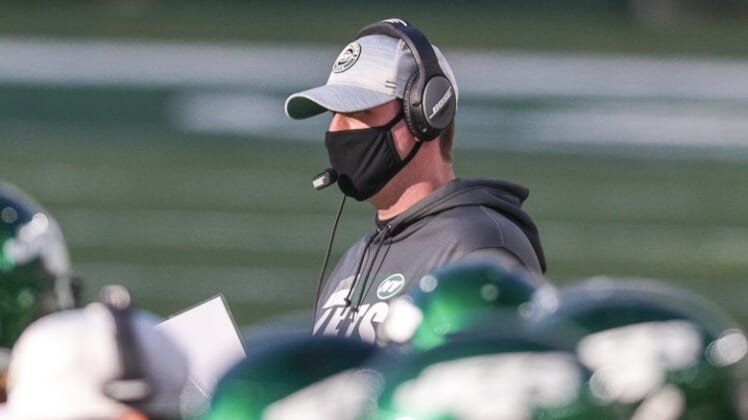 The New York Jets were seconds away from their first victory of the NFL season in Week 13, also on the brink of potentially losing out on Trevor Lawrence. Everything changed with 13 seconds left on a play that might go down in team history.

After forcing a fourth-down stop against the Las Vegas Raiders to preserve a 28-24 lead with 97 seconds left, New York got the football back with a chance to put the game away. Instead of sealing the victory, the Jets went three-and-out to give Las Vegas new life.

Derek Carr connected with tight end Darren Waller immediately, capping off a 200-yard performance for the tight end. Following a missed Hail Mary into the end zone, Carr got one more shot from New York’s 46-yard line. It was a moment that fans won’t soon forget.

New York’s defense basically abandoned Henry Ruggs, leaving him in the perfect spot to haul in the game-winning touchdown. As the Raiders celebrated their improbable comeback, the sports world exploded at the most fitting finish from the New York Jets this season.

The New York Jets will head into Week 13 with an 0-12 record, just four losses shy of a winless season and the right to draft Trevor Lawrence with the No. 1 pick in the 2021 NFL Draft. Given how bad this team looks, they probably deserve the pick.