Jerry Jones on Dak Prescott: ‘Of course we’re going to keep his rights’ 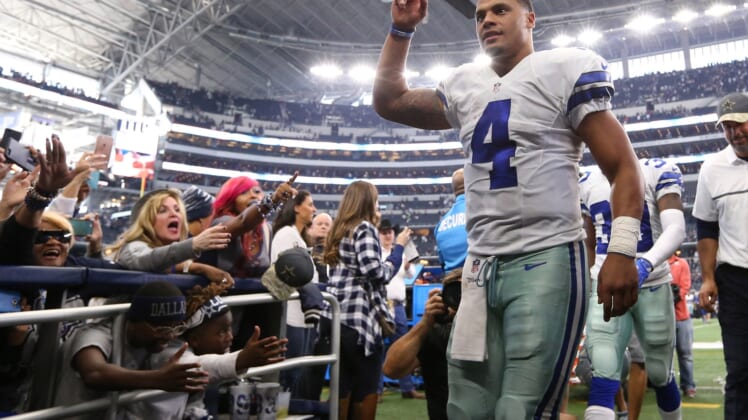 The Dallas Cowboys are not letting quarterback Dak Prescott hit the open market. Owner Jerry Jones couldn’t be more clear on that point.

As shared by Jon Machota of The Athletic, Jones recently shut the door on any other possibility.

“Of course we’re going to keep his rights,” Jones said. “It’s not a sensitive thing. There’s already been more put on the table to show that we’re going to do everything it takes.”

Jones also recently showed how much Prescott means to him personally by comparing him to his son, Stephen Jones, and saying there’s no way forward without him.

This, of course, means that the Cowboys will use the exclusive franchise tag (worth roughly $33 million) if no long-term deal is done before the deadline to ensure no other team can talk to Prescott about a contract.

Dallas and Prescott have only recently started talking about a new contract after putting talks on hold last September. Reportedly, the team offered the quarterback a deal worth $33 million per year, but he declined that offer.

Prescott, in an interview last season, made it clear he’s pushing to set a new market.