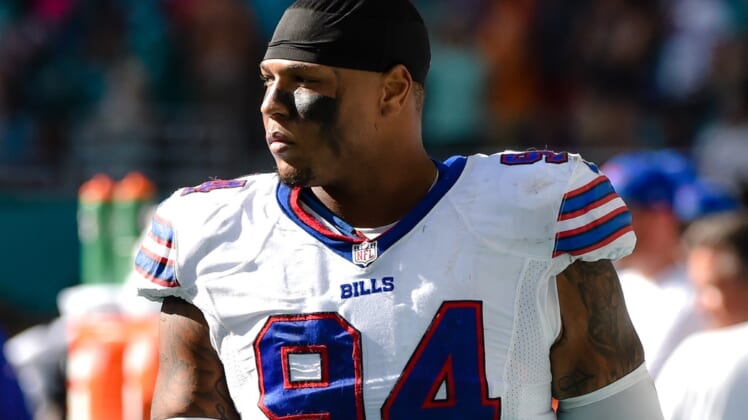 If you were watching the Kansas City Chiefs vs. New England Patriots game Thursday night, you probably saw Stephon Gilmore get roasted by Tyreek Hill. The Chiefs receiver dusted Glimore on a double-move, first cutting towards the sideline before cutting upfield. Gilmore had no chance to catch up, and Hill went 75 yards in a cloud of dust for the touchdown (watch here). After watching that play, Jerel Worthy couldn’t help but take a shot at his old Buffalo Bills teammate.

At least we got to see my dawg Gilmore on tv tho ??‍♂️?

Worthy and the Bills won’t have a chance to see Gilmore and the Pats until December. They’ll likely face a much different squad than the one that was blown out by Kansas City in the opener. No doubt, Gilmore will have something to say to his old teammate.