Art dealers typically do not ply their craft in the public eye. So, when an art dealer has the spotlight shown on them, bad results may follow. This happenstance has also been proven in the sports world.

Jeffrey Loria is Miami’s most famous art dealer and has been since he abanadoned the title of most famous art dealer in Montreal. His fame is not in dealing art but making a mockery of the Miami Marlins. In moving to Miami, he pitched Bud Selig, and the former commissioner bought in. To get his new stadium, he painted a nice picture to a strong mayor—a now ex-mayor who has gotten real strong. He may not be the worst owner in baseball, but he has no peer in Miami. The only time he made a positive public movement was in 2003 when he hoisted the championship trophy.

So when the specter of Jeffrey Loria hovers over this Marlins baseball team, the only people who benefit is the media. Unlike the media corps in Cincinnati, who protect the team from all evil doers who want to bring their regime down, the baseball writers here just want the facts. And the facts are, according to Giancarlo Stanton, that “the fire is not there” with this baseball team. 16-22 isn’t a good start, but 16-22 is okay in this division in May with the ability to improve in July or August.

In these situations, it is best to maintain a low profile, keep your cool, stay patient and let things play out a little. But the end game for Jeffrey Loria doesn’t allow for patience, it only allows for having the best product so the value presents itself well for a deal. When Loria eventually sells his 93 percent ownership stake in Miami Marlins, he will pocket a substantial profit (from a $15 million stake in the Expos in 1999 to over $450 million in 2013). But, if he can add a playoff run or a trip to the World Series in the next two years, he will make even more. 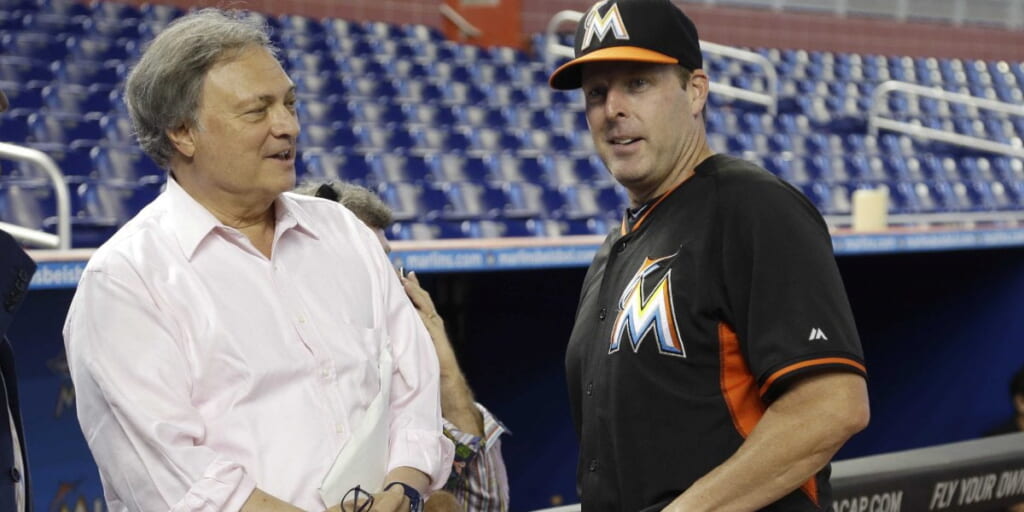 Courtesy of Business Insider: Is anyone really surprised by Redmond’s firing?

When the Marlins front office makes a managerial change, it usually happens early in the baseball season: John Boles in 2001, Jeff Torborg in 2003, Fredi Gonzalez in 2010, and Ozzie Guillen in 2013. The prospects looked dim for Mike Redmond as the losses started to pile up, especially against teams the Marlins were expected to beat. If the change was made for the sake of firing up the team, that eliminates the Jack McKeon, Tony Perez, and Jeff Torborg model Loria specializes in.

Now that the change has officially been made, and Redmond is out as Miami’s manager, another expected early-season firing is upon us. With Jose Fernandez slated to start pitching in June and the hitters continuing to follow Dee Gordon, a change was not needed.

The owner became involved because he can’t help himself. He is Miami’s best known art dealer. He is Jeffery Loria. And when the art dealer cometh, the whole franchise rocketh.