Jazz jump all over Clippers in blowout win 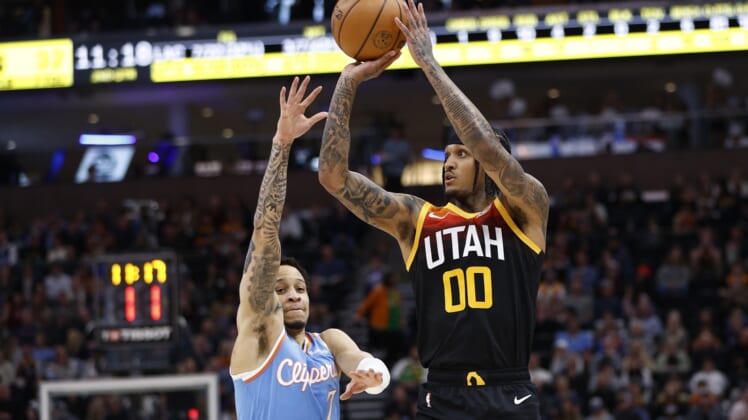 Rookie Jared Butler scored a career-high 21 points, Jordan Clarkson had 20 and Rudy Gobert amassed 19 points and 16 rebounds as the Utah Jazz blew out the Los Angeles Clippers 121-92 on Friday in Salt Lake City.

The game was all but over by halftime after the Jazz roared into the break on a 30-4 run, including the final 19 points of the second quarter. The 41-point period put Utah ahead 71-34 at halftime.

The Jazz finished a four-game homestand with their third win.

The Jazz opened with a 10-2 surge, including baskets from fill-in starters Nickeil Alexander-Walker and Juancho Hernangomez, who have started to get more playing time since being traded to Utah on Feb. 9.

Eric Paschall tossed in 17 points off the bench for Utah. All 10 Jazz players who got action scored; Xavier Sneed hit a late 3-pointer for his first NBA points.

Robert Covington scored 18 points, but the Clippers didn’t have any starters reach double figures in scoring in their third consecutive loss.

The Jazz and Clippers will play again in a week and half in Los Angeles, but not before Utah plays the first five games of a six-game coast-to-coast road trip. The strange journey begins with games in New York against the Knicks and Nets, followed by games at Boston, Charlotte and Dallas before wrapping up in Southern California.