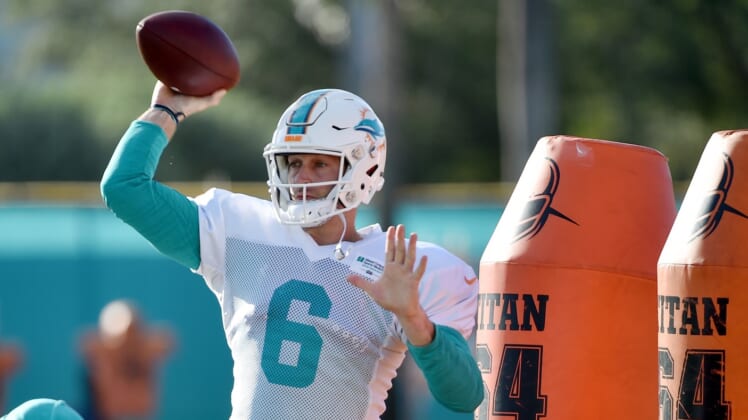 Jay Cutler looked worn as he neared the end of his tenure with the Chicago Bears, but the new Miami Dolphins quarterback has a fresh outlook.

“It’s fun. I am enjoying it a lot more than the past two years, just because I know how short-lived your NFL career is. It’s kind of a bonus. It’s a really good group of guys, and Adam does a great job of taking care of quarterbacks and the rest of the team, so it’s been fun.”

Cutler, who left retirement and an upcoming job as a broadcaster for FOX, has played in two preseason games for the Dolphins. He’s completed 8-of-14 passes for 129 yards and one touchdown.

And after putting together a respectable outing recently against the Philadelphia Eagles, Gase said Cutler’s start was a “step in the right direction.”

Given that Cutler told King “I’d be lying if I said” he kept practicing after retiring, the veteran quarterback isn’t fully prepared for the season. But it’s not like Cutler forgot everything in five months.

In theory, the renewed excitement means he’s eager to brush up on Gase’s playbook and give his NFL career one final shot. Cutler, who assembled one of his best professional seasons while Gase was the OC, figures to be a one-year stopgap until Ryan Tannehill returns from injury.

The Dolphins will likely be no better than a wild card hopeful in 2017, but a happy Cutler is far better than an indifferent one.