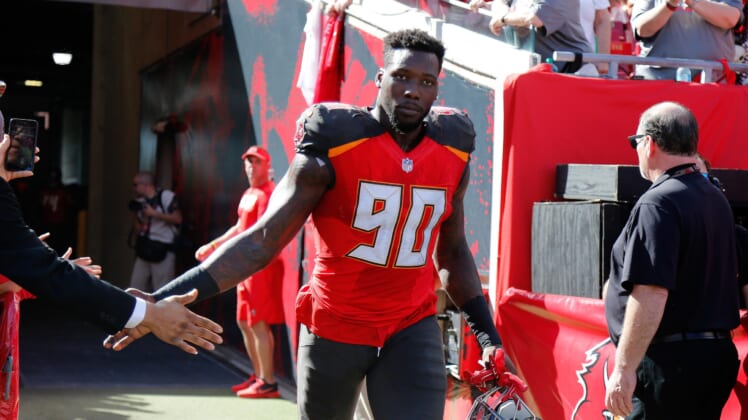 Tampa Bay Buccaneers pass rusher Jason Pierre-Paul was spotted at practice on Tuesday for the first time since his car accident in May and is no longer wearing a bulky neck brace.

Even better, according to Tom Pelissero of NFL Network Pierre-Paul has been cleared by the team and independent doctors to resume rehabilitation activities. Though he is still not ready to be cleared to play, this represents a tremendously positive development for Pierre-Paul.

It was less than four months ago that Pierre-Paul suffered a fractured vertebrae in his neck during a single-car accident. At the time, it was thought his season could potentially be in jeopardy.

Now, it appears a recent estimate that he won’t play until at least November may have been premature. If Pierre-Paul continues to recover quickly as he has so far, he could be back on the field for the Bucs sooner than anyone expected.

That’s obviously great news, both in terms of his health and the health of Tampa Bay’s defense. Last year, the pass rusher racked up 58 tackles and 12.5 sacks for the Bucs, who have shown vast improvements overall defensively this preseason.