Jameson Williams reportedly expected to be top-10 in NFL Draft 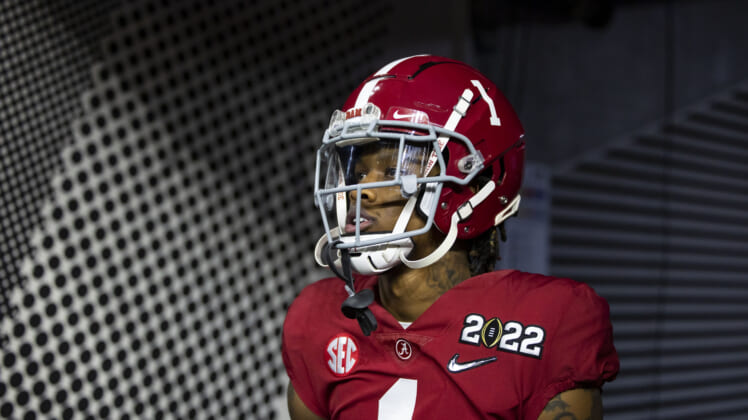 When Jameson Williams went down with a devastating knee injury in the College Football Playoff National Championship Game, many feared it would crush his draft stock. Williams flashed the talent to be a star at the next level, but a torn ACL clouded his future.

Before the gruesome knee injury, Williams was the best wide receiver in college football. Teaming up with Heisman Trophy winner Bryce Young, Williams routinely dominated his competition. After torching the Georgia Bulldogs for 184 receiving yards and two scores in the SEC Championship Game, Williams became the unquestioned WR1 in the 2022 NFL Draft.

Now recovering from a torn ACL, Williams is likely going to miss the start of the 2022 season. Despite concerns about his immediate availability, it seems teams are willing to take a short-term hit for the long-term upside Williams offers.

According to ESPN’s Chris Mortensen, via Eliot Shorr-Parks, the latest NFL Draft rumors indicate Williams will be a top-10 pick on April 28. 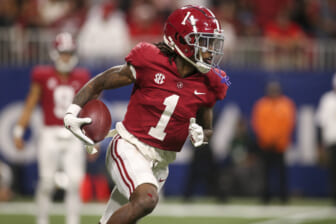 It’s a bit surprising when considering that NFL teams haven’t had a chance to see Williams go through athletic testing since his ACL tear. There is always a risk that a player isn’t as explosive nor able to cut as easily when they first return from ACL surgery.

Despite that concern, scouts and coaches see a game-changing player on offense. While he’s not to the level of Tyreek Hill, Williams stretches the field better than anyone in the 2022 draft class and he’s dangerous in open space. With so many teams needing impact receivers, it likely helps influence a general manager to roll the dice earlier on Williams instead of losing him to another club.

When will Jameson Williams return to play in 2022?

Speaking at Alabama’s Pro Day, Williams told NFL Network that he is ahead of schedule in his recovery. There is enough improvement that the 6-foot-2 receiver is targeting July for NFL doctors to clear him fully to participate in training camp.

The prognosis helps explains why Williams is experiencing a bump in his draft stock with just a few days remaining before the NFL Draft. Keep in mind, NFL insider and Shrine Bowl executive Eric Galko said he fully expects Williams to be the first wide receiver drafted.

If that proves to be the case and Williams is a top-10 pick, the Atlanta Falcons (8th overall) and New York Jets (10th overall) are the likely landing spots. Of course, the Kansas City Chiefs, Philadelphia Eagles and Los Angeles Chargers are teams to monitor for a potential trade into the top-10 to grab Williams.