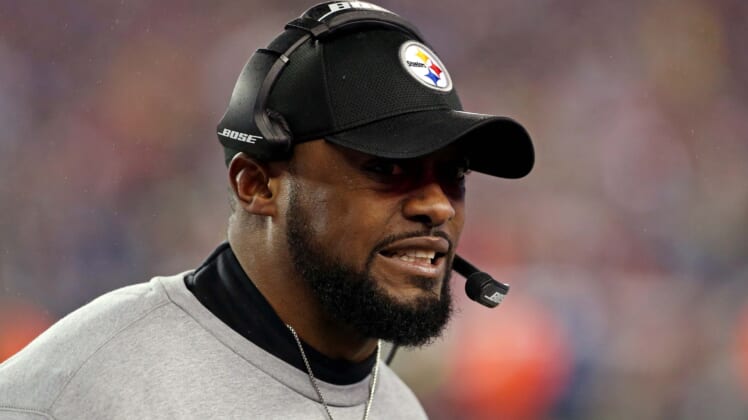 Back in 2010 as a member of the Pittsburgh Steelers, former linebacker James Harrison laid one of the most infamous hits ever on Cleveland Browns receiver Mohammed Massaquoi. Earlier this week, Harrison made an explosive claim revolving around that hit that involves Steelers head coach Mike Tomlin.

Before we get into what the claim was, it’s important to remember exactly what happened. He’s video of Harrison absolutely leveling Massaquoi.

Speaking with Willie Colon on the “Going Deep” podcast earlier this week, Harrison talked about the hit.

“Listen, on everything I love, on my daddy’s grave, I hit that man with about 50 percent of what I had and I just hit him because I wanted him to let loose of the ball. If i had knew they was gonna fine me $75,000, I would have tried to kill him.”

Many felt that Harrison’s hit deserved more punishment than he got. It’s frightening to think that he didn’t even hit him with everything he had.

Harrison claims Mike Tomlin ‘handed me an envelope’ after hit

Now here comes the explosive allegation. In the same podcast, Harrison said that Tomlin handed him an envelope afterward.

Now, Harrison did not say what was in the envelope. But it’s not hard to guess.