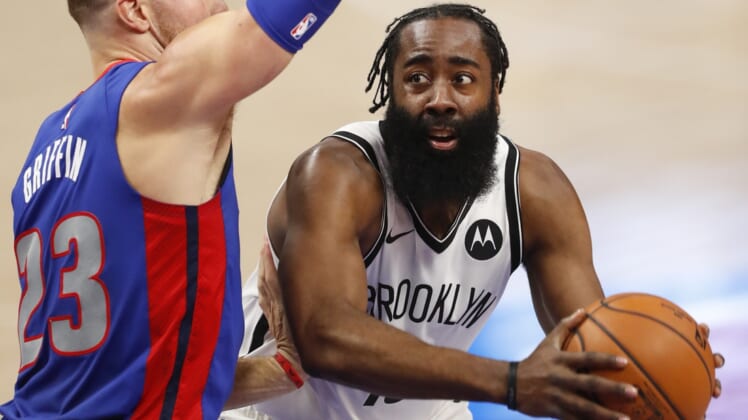 James Harden forced his way out of Houston last month, but now he says he feels badly about how he orchestrated his exit.

The star guard was dealt by the Rockets to the Brooklyn Nets in mid-January after making it clear he wanted to leave. The NBA fined him for violating COVID-19 protocol after he was seen without a mask at a club.

Following Houston’s 117-100 loss to the defending champion Los Angeles Lakers on Jan. 12, Harden criticized the team as being “just not good enough,” adding, “I love this city. I literally have done everything that I can. I mean, this situation is crazy. It’s something that I don’t think can be fixed.”

Harden said in an ESPN interview Friday, “Apologize for how it went down, but I guess I had to do what I had to do in order to get to where I wanted to go. And credit to Houston, they didn’t necessarily have to trade me to Brooklyn. They could have traded me anywhere, but those are some stand-up guys over there. And it ended up the right way, but just didn’t like how that month or two played out.”

He added regarding his behavior during his final days with the Rockets, “I don’t like it at all because that’s not who I am. The drama, the extra whatever you want to call it, the negativity for me. I don’t really like negative energy. That’s draining. So I don’t like how it necessarily happened.

“I feel like it could have happened a lot smoother, a lot easier, but it is what it is.”

Harden, 31, is averaging 23.9 points, seven rebounds and a league-leading 11 assists per game this season between Houston and Brooklyn. The eight-time All-Star was the NBA’s Most Valuable Player in 2017-18, and he led the league in scoring each of the past three seasons.

The Nets are 8-6 since Harden arrived, and they have lost four of their past six games entering a Saturday contest against the Golden State Warriors in San Francisco.