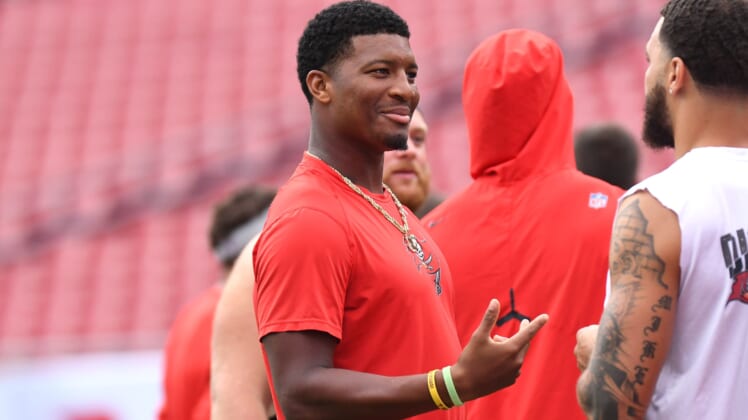 Jameis Winston and Mike Evans both made comments about Bruce Arians and his Tampa Bay Buccaneers staff on Tuesday that also show how they felt about Dirk Koetter, who was fired after the 2018 season.

The two young stars were speaking at the Bucs Back to Football Forum. Winston was asked about working with Arians, per Greg Auman of The Athletic. He replied by saying, “He allows me to be more myself, to do what I do, to go out there and win.”

You don’t have to work hard to read between the lines here, as Winston seems to feel like Koetter didn’t allow him to be himself.

When it was Evans’ turn to talk about the current coaching staff, he also had an eyebrow-raising comment that signals some potential discontent with the previous regime: “The offensive guys, we love Byron (Leftwich),” he said, per Auman, adding, “It’s fun to go to meetings.”

Evans’ comment isn’t as much of an indictment against Koetter as what Winston said.

Still, it’s pretty clear that both of the two young stars feel much more comfortable with the way things are being handled than they did during the Koetter era.