Jameis Winston on turnovers: There may be ‘consequences’ 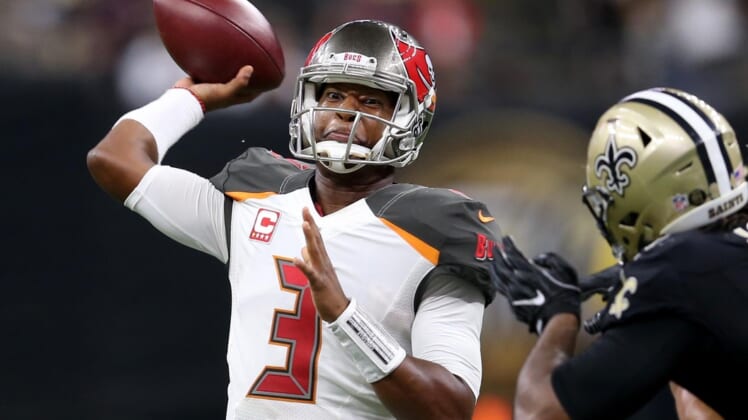 Tampa Bay Buccaneers quarterback Jameis Winston threw three interceptions in last week’s surprising 34-17 loss to the Sam Bradford-less Minnesota Vikings. The former No. 1 overall pick has now turned it over 21 times over his past 18 starts.

Needless to say, that’s not sustainable if the Buccaneers want to take that next step and earn a playoff spot this season. Speaking about his turnover issues, Winston didn’t seem too pleased. He also noted there would be consequences if he continues to turn it over.

“I have to get better quickly or there may have to be some consequences I might have to face,” Winston said Thursday, via JoeBucsFan.com. “Consequences would be running the ball 30 times a game.”

Unfortunately for the Buccaneers, they’re averaging just 3.3 yards per rush attempt thus far this season. Despite Winston’s issues with decision making, that might still be the best avenue for success for the team’s offense following a 1-1 start to the season.

At the very least, Winston seems to be aware that his turnover issues are costing the team big time. Since the start of last season, Tampa Bay boasts a 0-6 record when Winston turns it over multiple times. The team is 10-2 when he doesn’t. We can do the math from there.