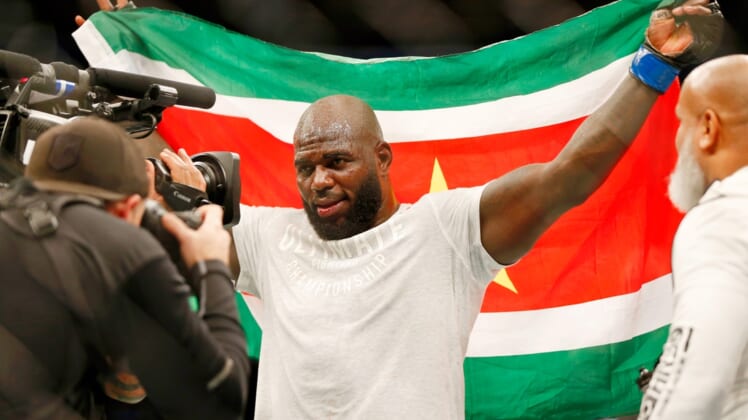 Jairzinho Rozenstruik stopped Augusto Sakai with one second remaining in the first round of their main event heavyweight bout Saturday at the UFC Apex in Las Vegas.

Rozenstruik recorded the TKO by punches at 4:59.

Rozenstruik, who hails from Suriname, recorded a TKO in a December 2019 bout the 4:56 mark of the first round.

Rozenstruik (12-2 MMA, 6-2 UFC) now has six wins in UFC, all by knockout or TKO. Rozenstruik landed 16 total strikes in the round to just three for the Brazilian Sakai (15-3-1 MMA, 4-2 UFC). All were significant and six were to Sakai’s head.

In the undercard, heavyweight Marcin Tybura of Poland defeated Walt Harris, also by TKO in the first round (punches). Tybura landed 59 total strikes, ending the fight at 4:06.