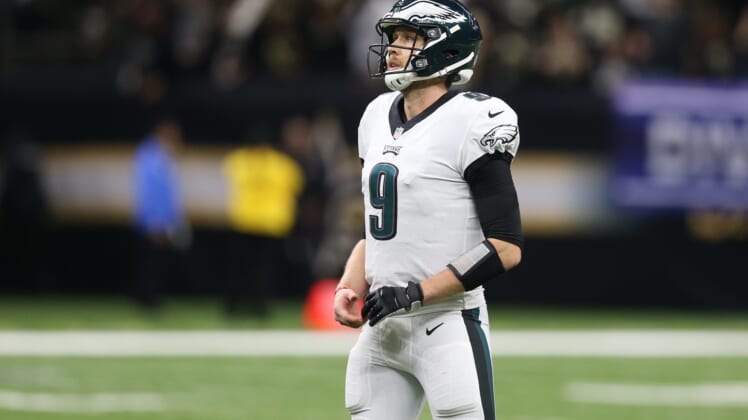 Front office head Tom Coughlin and the Jacksonville Jaguars are going to be looking for a new quarterback this offseason. Struggling signal caller Blake Bortles is expected to be released by the team.

If this were to come to fruition, the Jags might very well make a run for reigning Super Bowl MVP Nick Foles.

Here’s the how and why to it.

Connections: Jacksonville’s connections to Foles makes this a likelihood.

Comepensation could work: Jaguars have assets to make a move of this ilk.

Foles is a wanted man: It’s clear he’ll be a starter somewhere.