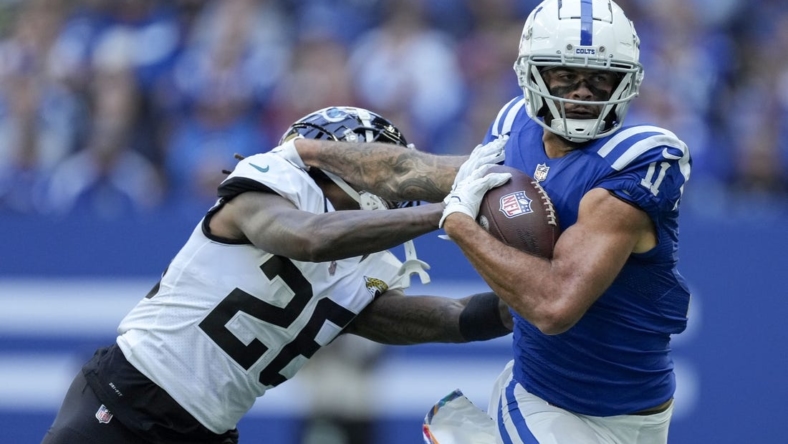 Jacksonville Jaguars cornerback Shaquill Griffin was placed on injured reserve Wednesday with an ailing back.

Griffin will sit out the team’s next four games due to the move.

Griffin recently told reporters that he has been dealing with a back issue since training camp. He aggravated the injury in Jacksonville’s 34-27 loss to the Indianapolis Colts on Oct. 16 and then sat out the Jaguars’ 23-17 loss to the New York Giants on Sunday.

Fifth-year cornerback Tre Herndon played against the Giants in place of Griffin, who signed a three-year, $40 million contract with the Jaguars in 2021.

Griffin, 27, has 29 tackles and four passes defensed in five games (all starts) this season.