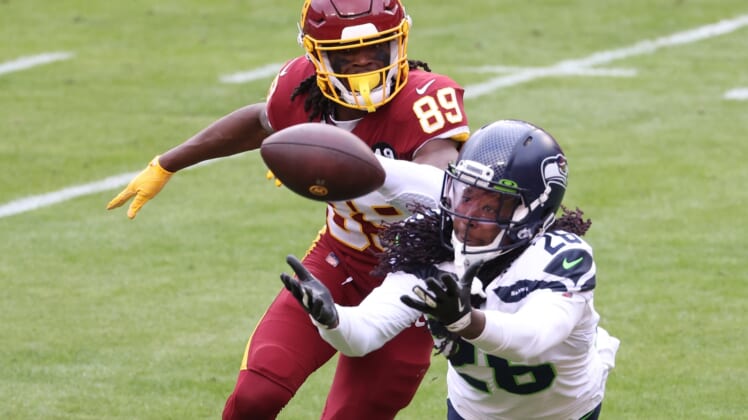 The Jacksonville Jaguars agreed to a three-year, $40 million deal with free agent cornerback Shaquill Griffin, according to multiple reports Tuesday.

Griffin was in talks to return to the Seattle Seahawks but instead is relocating to Florida. Griffin, 25, is from St. Petersburg, Fla., and played collegiately at Central Florida in Orlando.

Light on experience, Jaguars cornerbacks were charged with 19 touchdown passes surrendered in 2020 even as rookie first-round pick CJ Henderson flashed shut-down potential. But Henderson had labrum surgery and only played in eight games. Head coach Urban Meyer said Henderson is recovering but remains “integral” to the defense going forward.

Landing Griffin adds to a focal point for the Jaguars early in free agency. Per reports, cornerbacks Sidney Jones and Tre Herndon also re-signed with Jacksonville.

Griffin was a third-round pick of the Seahawks in 2017. He had three of his six career interceptions last season.