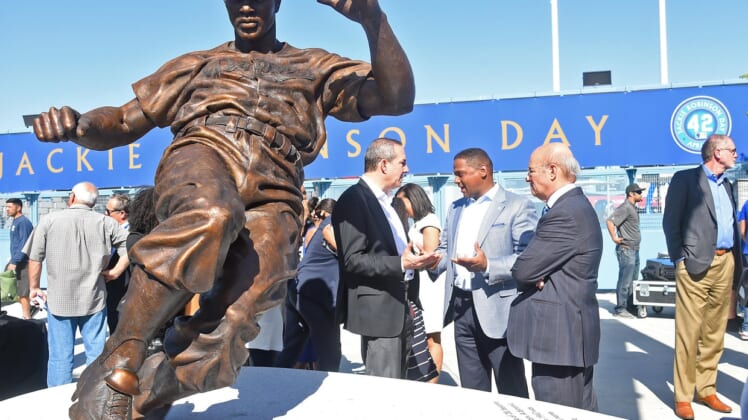 The Los Angeles Dodgers and the rest of the MLB world are paying tribute to trendsetter Jackie Robinson on Thursday. As they do every year, teams around the league are wearing his No. 42 jersey in showing respect for the man who broke the color barrier around the MLB world back in 1947.

Robinson starred for the Dodgers from 1947-56, earning six All-Star appearances and winning an MVP in the process. But it’s about a lot more than his accolades on the diamond. What Robinson did before the Civil Rights movement decades later helped changed the dynamics of the United States and ushered in a new era.

Prior to their home game against the Colorado Rockies Dodgers players huddled around the Jackie Robinson statue outside Dodger Stadium. It really was a sight to behold.

While Jackie Robinson never played in Los Angeles with the Dodgers, he starred at both Pasadena Junior College and UCLA in Southern California.

More than any other city outside of New York, Robinson’s past is felt in the City of Angels. It’s fitting given that he acted the part of an angel to those African-American baseball players who would come after him.