The Los Angeles Clippers currently sit at 29-14 and as the fourth seed in the Western Conference. They also boast the fifth-best record in the NBA.

Normally, that’s the mark of a title contender. Any time a team is on pace to win 50-plus games, it’s surely a good sign said squad will be playing deep into the playoffs.

Unfortunately for the Clippers, injuries continue to mar an otherwise tremendous season. With Blake Griffin still sidelined after undergoing knee surgery, a recent thumb injury to fellow All-Star Chris Paul will keep him out for the next 6-to-8 weeks (more on that here). 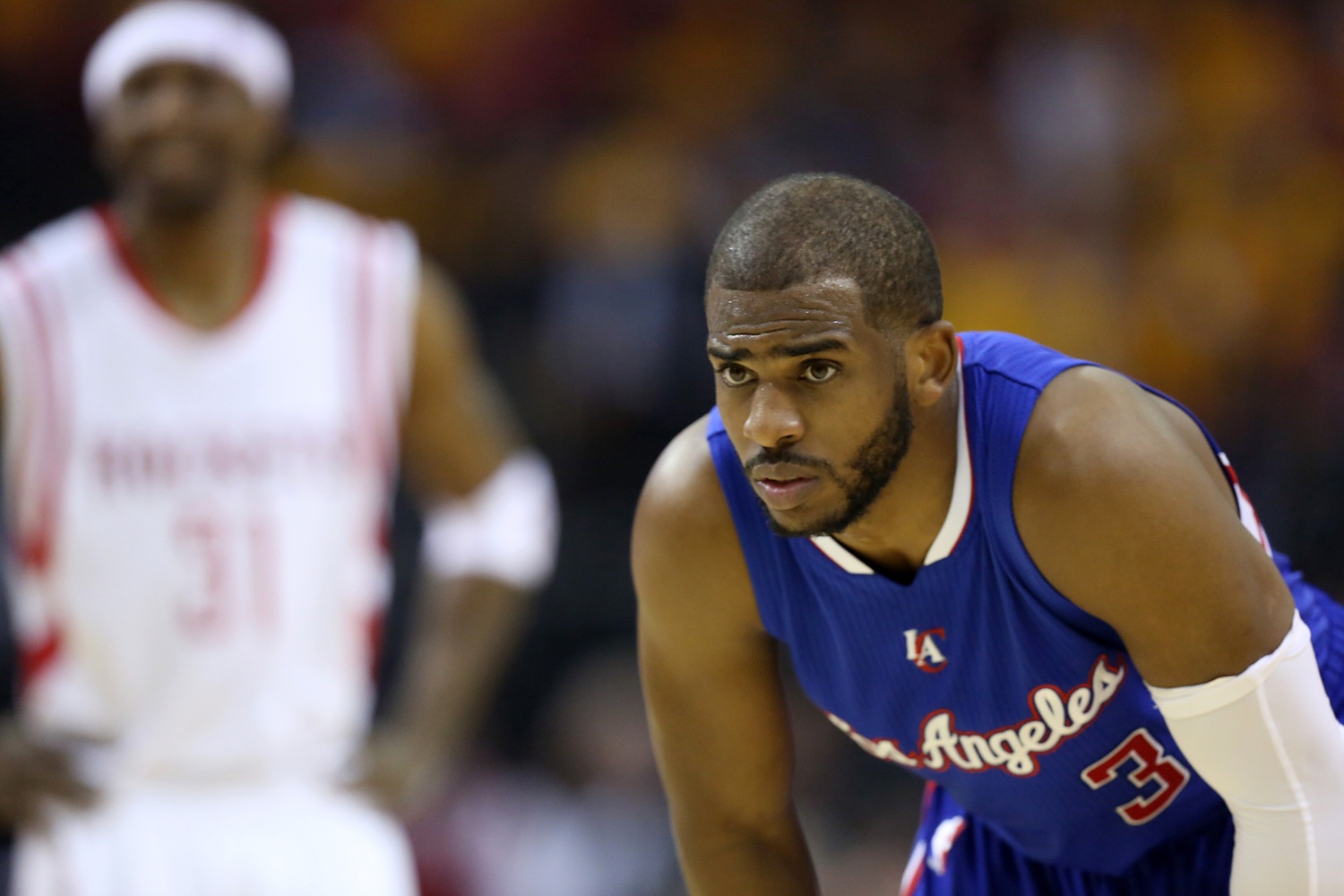 Can the Clippers remain above water with their two stars out? Sure. That’s not really in question. After all, we saw what they did to the Oklahoma City Thunder minus both Griffin and Paul Monday night.

But for the Clippers, it’s no longer about remaining above water. It’s not about earning a top-four seed. It’s most definitely not about making their way to the conference semifinals. This is pretty much it for the Clippers’ NBA Championship aspirations.

Paul has an early-termination option in his contract this upcoming summer, one that he’s fully expected to use in order to cash in. Meanwhile, Griffin has one year remaining on his deal.

Here’s a core that has not made it to even the Western Conference Finals since Doc Rivers took over as head coach back in 2013-14. This, despite the fact that they have won 50-plus games in each of the past three seasons.

As currently constructed, and no matter their regular season record, the Clippers have yet to prove they can compete with the likes of the Golden State Warriors and San Antonio Spurs out west.

The evidence is etched in stone here. Los Angeles boasts a combined 6-12 record against the Spurs and Warriors since the start of the 2014-15 campaign. That’s simply failing to compete on a consistent basis against the best teams the Western Conference provides.

Now that Paul will be out for up to the next two months, any idea that the Clippers can somehow grab a top-two seed can be thrown out the window. That will place the team behind the proverbial eight-ball when the playoffs come calling, much like it did last season. 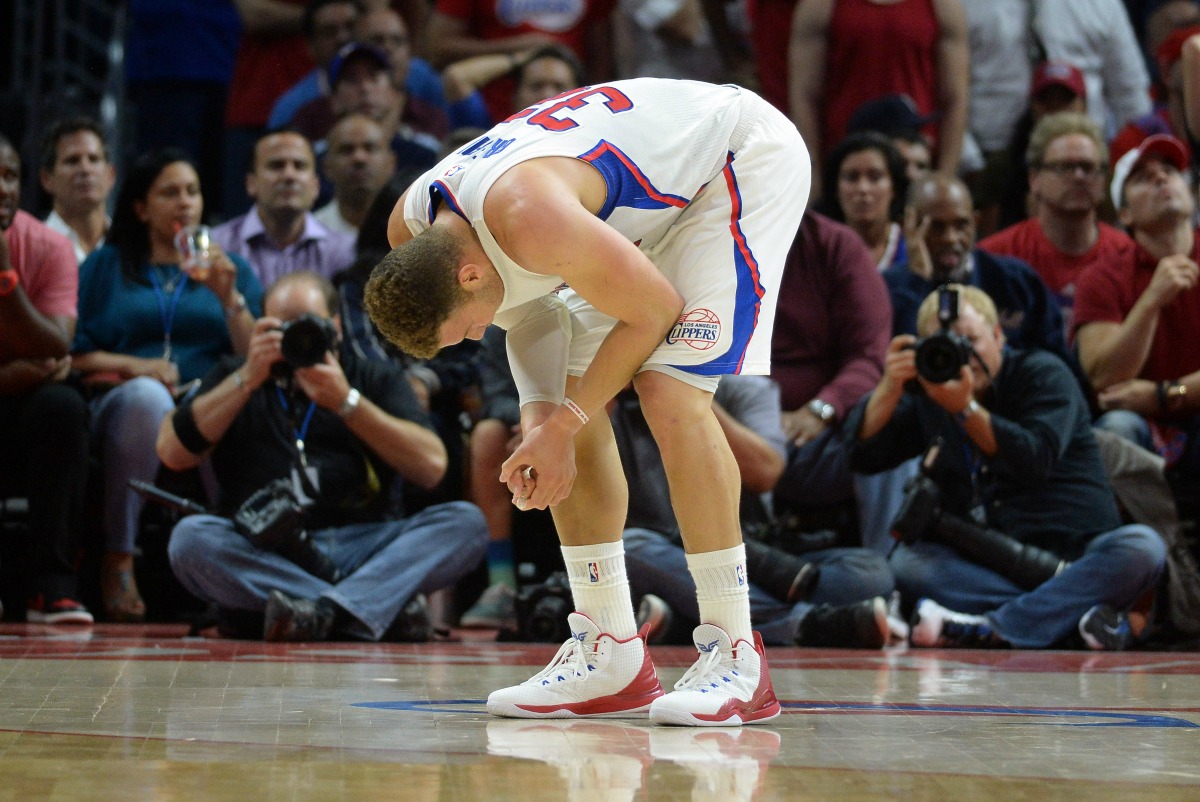 If it’s not going to happen this season, and it’s looking like a remote chance that it is, the Clippers owe it to themselves to look to the future. That future shouldn’t include the same trio of Blake Griffin, Chris Paul and DeAndre Jordan who have struggled to do anything of substance in the playoffs together. Instead, it might be time to move on from this trio.

If that’s the case, Griffin himself has to be the first player to go. While he’s surely seen as the face of the Clippers, he’s also the player that could net the most in return. Despite recent injury issues and a run-in with a staffer, Griffin’s value on the trade market would represent a near all-time high.

Teams like the Philadelphia 76ers and Boston Celtics back east as well as the Denver Nuggets out west would be willing to give the Clippers a bounty for Griffin. That could help set into motion Los Angeles’ blueprint for success moving forward. After all, the status quo itself simply doesn’t seem to be working.

Imagine the Clippers being able to land a Jahlil Okafor and a top pick from the Sixers for Griffin. Wouldn’t that set the team up nicely moving forward? This, obviously assuming Chris Paul and DeAndre Jordan remain on the team. Heck, the Clippers could then flip that top pick for another proven top-end player.

The same can be said in any potential trade with Boston. The likes of Avery Bradley and rookie Jaylen Brown could potentially be had. Add in Boston’s first-round pick from the Brooklyn Nets, and that’s a nice potential haul for the Clippers.

There’s an old saying that’s been attributed to the great Albert Einstein.

“The definition of insanity is doing the same thing over and over again and expecting different results.” 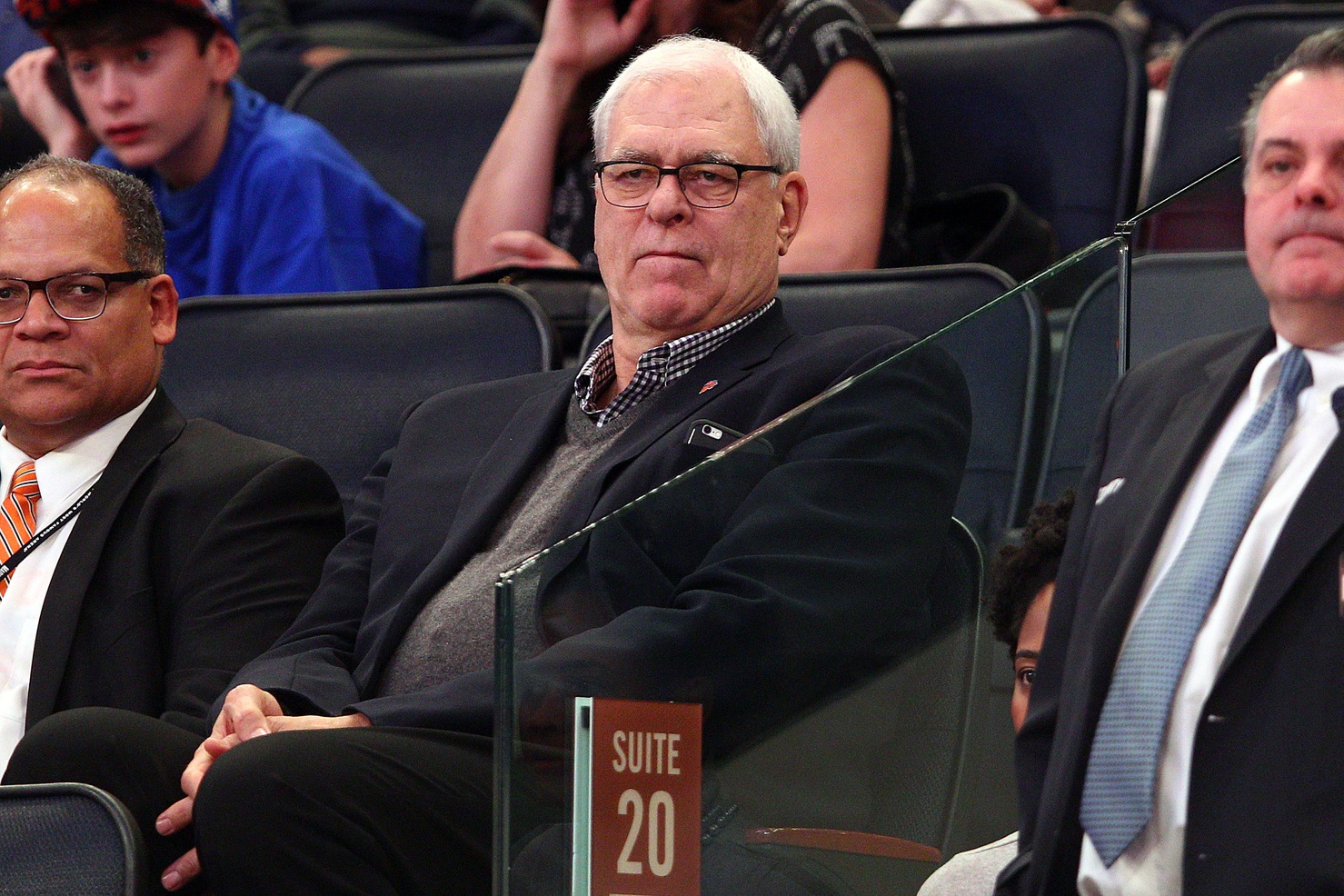 Too often, teams in the professional sports world follow this somewhat worn-out phrase. We’ve seen it with teams attempting to primarily build through free agency and trades. You can look at the New York Knicks and Brooklyn Nets as case studies there. It happens in the football world and the baseball world as well. It’s a continuing theme for organizations.

By creating an aura of homegrown talent with the selections of Griffin and Jordan in the past, Los Angeles has found a nice mix here. It is what has enabled the team to contend out west for the past half decade.

Unfortunately, that streak appears on the verge of coming to an end. Insanity here would be thinking that somehow contention is in the cards moving forward in 2016-17. If it isn’t, maybe the team should consider an alternative direction.