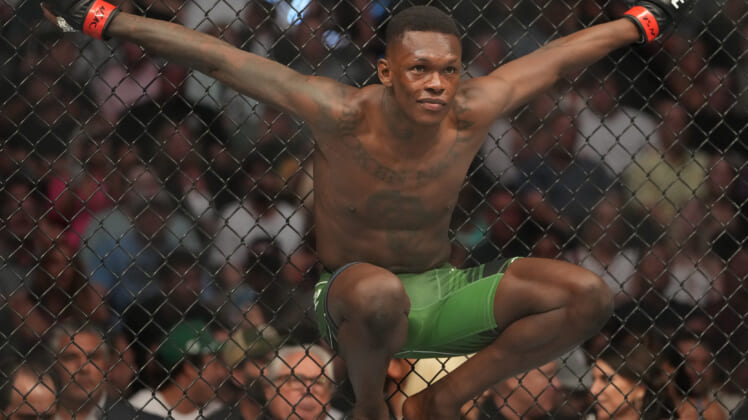 UFC middleweight king Israel Adesanya isn’t interested in the opinions of Guardians of the Galaxy star Chris Pratt following his win at UFC 276, because he’s “just a fan.”

Pratt will be seen this weekend in the new Marvel Studios film Thor: Love and Thunder but he made headlines this past weekend outside of Hollywood. The 43-year-old movie star has been a UFC fan for years and has been seen Octagon-side for major events on many occasions — including this past Saturday at UFC 276. So it wasn’t surprising when ESPN had him join their post-fight broadcast to get a fan perspective on the night’s performances.

However, what did catch some folks off guard was his strong critiques of Adesanya’s unanimous decision win over Jared Cannonier in the night’s main event. A fight that won’t be remembered as a barnburner and actually led to some fans leaving the T-Mobile Arena two rounds before the fight ended.

“Look, I’m going to say this as humbly as I can as a guy who has never stepped into the Octagon, I don’t know this game, I’m just an actor, man. But, I’m not a fan of coming out with all that talk and then putting on a little bit of pitter-patter,” Pratt said.”I’m like ‘Come on, man! Cash on that!’ You gotta cash that promise of being so badass. And I dunno. If I bet with my money, I would have bet Adesanya’d do something like that. But I was hoping to see Cannonier make it.”

In most instances, the comment might go unnoticed, but with Pratt being one of the most famous actors in the world and Adesanya being one of the best pound-for-pound UFC talents on earth, it wasn’t long before those thoughts made their way back to “The Last Stylebender.”

On Wednesday, Adesanya took to his Twitter account to post a video of a scene from the 2008 film Wanted — a film Pratt starred in. In the scene, Pratt’s character is knocked out cold with a computer keyboard by the movie’s star James McAvoy. In the follow-through of the keyboard slap, the director stylized the moment by digitally adding flying keys that spell out “f*** you.” 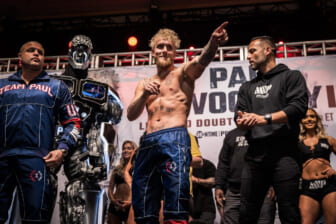 Suffice to say, the champ and Starlord may not be sharing some post-event brews in the near future.

At UFC 276, Adesanya moved his impressive record to 23-1 as he defended his middleweight crown for the fifth time.